Be very careful what you wish for, pro-choicers.

The pro-life movement has long put post-abortive women front and center. The faith-based group Silent No More is the most prominent in this arena, although there are others. These women speak about their experiences and urge people in crisis pregnancies not to make the same mistakes they did.

Abortion advocacy groups don’t like this portrayal of post-abortive women. They dismiss stories from women with regrets as coming from “the right” (which I find kind of hilarious given that the first pro-life post-abortion talk I ever heard came from a lesbian Buddhist member of the Green Party, but that’s a story for another day). They decry “abortion stigma,” and urge post-abortive women to tell “blithe and unapologetic” stories. That’s been their position for years, but they seem to be making a renewed effort now, riding on the coattails of the Emily Letts video.

Let me be abundantly clear. I do believe that abortion should be stigmatized. But women who have abortions should not be. This is exactly the balance that groups like Silent No More strike. Clearly people do not invite Silent No More speakers to pro-life events for the purpose of stigmatizing or demonizing them. The point is to learn from what they have to say.

During my years in the pro-life movement, I’ve had the privilege of meeting many post-abortive women. Some I call friends: they are courageous, kind, wonderful people. No two have exactly the same abortion story. Some aborted out of financial desperation; some were coerced by abusive boyfriends; some were lied to by their doctors about their baby’s development. When I learn that someone has had an abortion, I make no assumptions.

None of that is good news for our loyal opposition. How’s their “stigma-busting” project going? Have they had any significant media breakthroughs? 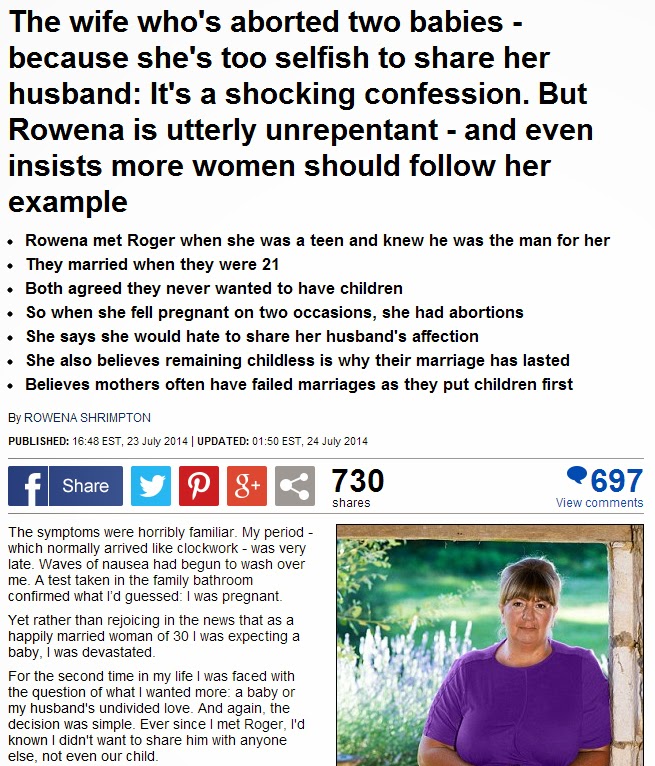 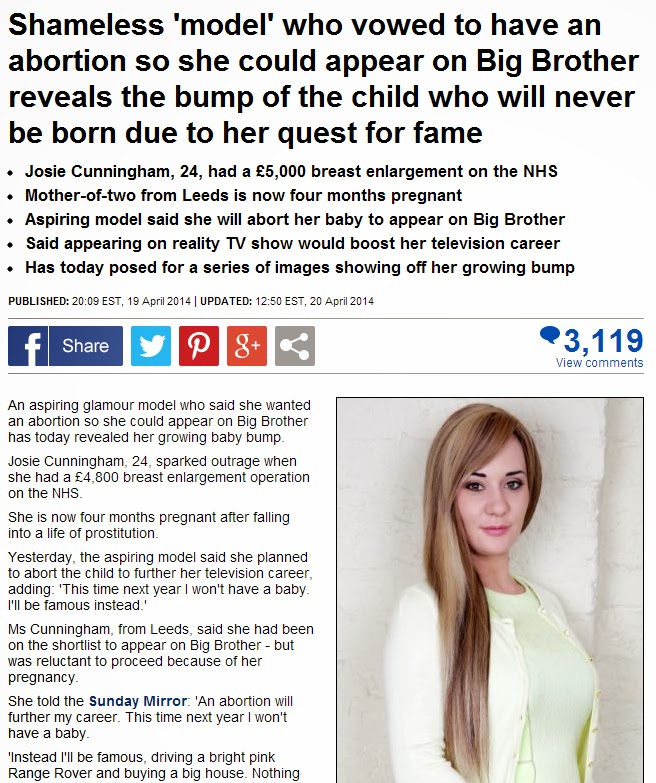 I don’t envy the position abortion advocates are in. They have to pretend that they’re open to all women’s stories when in fact they want something very specific: a woman with no regrets, who is highly knowledgeable about prenatal development (otherwise there’s a risk she’ll switch sides once educated), but whose abortion wasn’t for a sympathetic reason (no “tragic” stories), and who isn’t going to come across as a complete sociopath in a Daily Mail article. Such a story is unlikely to attract much interest.

Meanwhile, I’ll be standing outside the Supreme Court in January alongside thousands of others, my Florida blood congealing in the cold, as the women of Silent No More bare their souls to the crowd.