There are points in time when God intentionally collides your life and your prayers with the messy politics and unorganized chaos of the world.

For me, politics is just a thermometer for how our prayers are affecting our nation. I only pull out the thermometer so that I can pray with a target in sight and for exact precision. But then there are the God-collisions that warn His children and say, “Watch! Pray!”

My mom came in town from Jackson, Mississippi to spend a weekend with my husband and I. She wanted to pray with us during the Bound4LIFE Birmingham prayer siege at the downtown Planned Parenthood. I thought it was incredible that she would be coming the week that the closed center (since December) had opened back up. It’s so powerful to have a mother and daughter pray together for life and for the ending of abortion.

During our visit, we were talking about the final abortion center in Jackson, MS. Our family has a history of praying at that abortion center since I was a little girl. It’s a dream of ours to have our home state become abortion free. When I moved to Birmingham and began leading the Bound4LIFE Chapter, I found that the woman who owned the –now– former New Woman All Women abortion center was the same owner of the last Mississippi abortion center in Jackson. This is no coincidence; this is the work of an intentional God who collides our prayers with the politics we didn’t even know were there.

After the prayer siege, my mother wanted to see some of the local antique shops in Birmingham. Matt, my mom and I decided to go just five minutes away from where we prayed. We were walking down the sidewalk and my mom pointed at a white vehicle I immediately recognized. I didn’t even hear why my mom was pointing it out.  I just watched as the woman for whom I’ve prayed for years got into the vehicle. It was her.

Known in the news as the “abortion queen” for her many abortion centers across the South, the owner of the Jackson abortion center was standing before us. Her former abortion center in Birmingham shut down in 2012 after four years of prayer from Bound4LIFE Birmingham. I had wondered aloud minutes before on our ride there if she still lived in Birmingham since its closing. In shock, I grabbed my husband’s hand and in a casual, quiet tone informed him who we were passing.

I wondered immediately if God wanted me to go up and talk with her. She had another woman with her in the vehicle that looked a lot like her, too. Through rushed praying, I asked Him, “Why did you want me to see her? What do you want me to do?” I couldn’t understand why He had me run into her. All I could do was pray—and that is just what He wanted.

We talked all day about the odd run-in and discussed at length the craziness of my mom coming in town from Jackson, MS to pray with us, only to run into the Jackson, MS abortion center owner and former Birmingham, AL owner just after we prayed for life in our city and nation. There was no denying God was sounding an alarm and a warning somehow. I had peace that prayer was what He was wanting. That night I had a dream:

I was in an empty room with the “abortion queen” and the friend I saw with her that day. She stood before me and was trying to show her friend how to speak over me as if to command me. I opened my mouth and began praying above her words.

I didn’t have to try to pray loudly over her because my prayers were fuller and bolder in their power than her weedy words. Her expression was astonishment and she tried once more to speak over me with more force. Again, I prayed above her with even more clarity and fullness. I could feel extreme ease and peace as I prayed.

With this, she was dumbfounded. Like a little child she commented to her friend about the power she just saw and couldn’t comprehend it. Then the dream ended.

I awoke that Sunday morning knowing that I was truly praying in my dream. Jesus moved in power in my dream and showed me the victory that had been won; that any “power” that comes against Him is feeble and weak. I was encouraged and kept praying throughout the day.

Last Tuesday evening, I received the news that the 5th Circuit Court of Appeals had ruled that the new Mississippi law (that would require physicians at the abortion center to obtain admitting privileges to a local hospital) had been struck down. A three judge panel, on a 2-1 vote, ruled Tuesday the law was unconstitutional because it would close the state’s only abortion center. Their argument is that it would impair Mississippi women’s “constitutional right to an abortion” even though they could obtain one at other abortion centers in neighboring states.

The hypocrisy of the safety precaution law being struck down on the basis that this abortion center is the last one in Mississippi is quite daunting. These are the pulls and tides of word-bending politics. “No matter the condition, care, or quality of the abortion center, just make sure that one exists…. that is good enough.” It’s sickening.

Mississippi Governor Bryant plans to appeal for a full 5th Circuit ruling instead of the partial court, which ruled against the law. This week, an Alabama judge ruled that the same safety precaution law was unconstitutional because it would place “restrictions” on a “woman’s right to obtain an abortion.” An even further stretch (if that is possible) from the MS ruling. Plans for an appeal are being made by Gov. Robert J. Bentley and Attorney General Luther Strange. Gov. Bentley who is a physician by trade condemned the ruling and called abortion “a fundamental assault on the sanctity of innocent human life.”

In a detailed report on the 5th Circuit Court opinion in Jackson Women’s Health Organization v. Currier, the Wall Street Journal drew interesting conclusions: “Mississippi is one of 11 states that have passed admitting-privileges laws… Battles over the measures have landed in numerous federal courts, and some of the cases could be headed to the U.S. Supreme Court, legal experts said.” 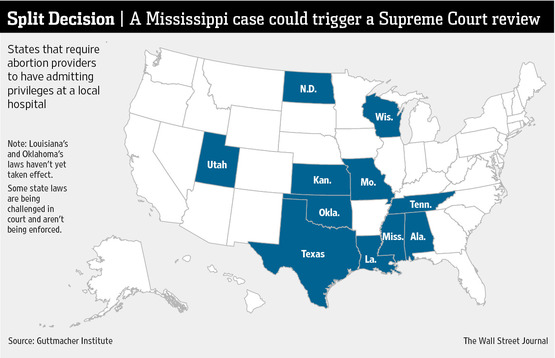 With this news, my heart was in distress. My former and my current home states had politically ruined a seed of hope for diminishing abortion in our nation within days of each other. Then God reminded me of the orchestrated occurrences of my mom coming to pray from Jackson, the running into the sole owner of Mississippi’s last abortion center, and the dream where I battled and won. Politics is a thermometer, but it’s not what Heaven sees. God’s power is above politics, above the language and rulings of this world. His power will have the final word.

Just as both Mississippi and Alabama governors will go to the higher court for an appeal, God is asking all of us to go before His Highest Court for an appeal to Heaven. He is sounding a warning alarm and calling us to partner with Him in prayer for the ending of abortion in MS, AL and the rest of the United States.

Bound4LIFE will be focusing in prayer on Mississippi and Alabama through Saturday, August 23rd for this upcoming appeal. Please join us as we focus on these four prayer points:

LifeNews Note: Natalie Brumfield works as a curriculum writer and volunteer coordinator for the children’s ministry at her local church in Birmingham, Alabama. She’s on the leadership team for the Birmingham Prayer Furnace as a prayer leader and serves as a weekly counselor for Sav-A-Life, a local pregnancy test center. Reprinted with permission from Bound4Life.