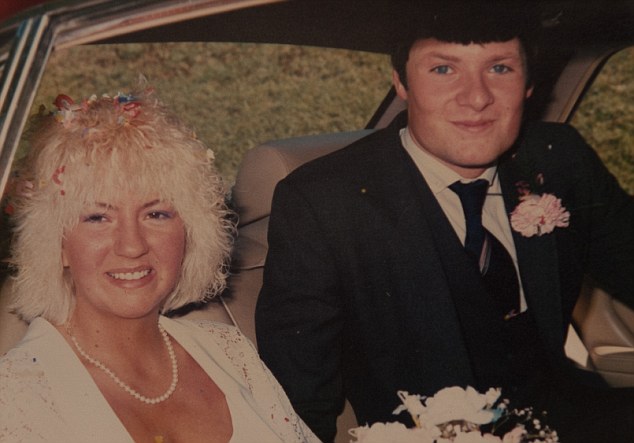 Rowena met Roger when she was a teen and knew he was the man for her and they ultimately married when they were 21 years old. Both agreed they never wanted to have children, so when Rowena became pregnant twice, she had abortions both times.

Rowena says she had the abortions in part because she didn’t want to share her husband’s affections with her children.

She also believes remaining childless is why their marriage has lasted and condemns women who have had children, saying they often have children simply to make their marriage last and not because they truly want children.

Here’s the story from the London Daily Mail:

The symptoms were horribly familiar. My period – which normally arrived like clockwork – was very late. Waves of nausea had begun to wash over me. A test taken in the family bathroom confirmed what I’d guessed: I was pregnant.

Yet rather than rejoicing in the news that as a happily married woman of 30 I was expecting a baby, I was devastated.

For the second time in my life I was faced with the question of what I wanted more: a baby or my husband’s undivided love. And again, the decision was simple. Ever since I met Roger, I’d known I didn’t want to share him with anyone else, not even our child.

That’s why both times I have become pregnant during the three decades of our marriage, without hesitation I have had an abortion: once at 21 and then again nine years later. Do I feel guilty? Not at all.

While others might accuse me of callousness and of being selfish and cold-hearted, I have no regrets because I believe the result of those two terminations has been an incredibly happy marriage.

Quite simply, we have enjoyed the most wonderful, loving, adventurous life together, while I’ve watched friends with children struggle to maintain their marriages, not always successfully. Their problems, in my opinion, have been caused by putting their children first and their husbands second.

I already knew I loved Roger far too much to have children with him and, thankfully, he confessed he didn’t want them either. A baby, we agreed, would change the blissful dynamic of our relationship.

However, a few months after our wedding, I discovered I was pregnant. I was horrified: I’d been careful about taking the Pill, but it must have failed. I felt cheated and furious.

That feeling of protective, maternal love people talk about didn’t happen. I saw the pregnancy as a mistake, something neither of us wanted. An abortion felt like our only option.

Of course, there were other reasons for my aversion to having a family: I worried that a baby would ruin my figure and I’d lose the interest of my handsome husband, someone I felt was in another league to me when it came to looks.

Roger didn’t need any convincing, so a week later we went together to a private abortion clinic. There were no tears or nerves as we strode in. He stayed by my side the whole time. Yes, it was a horrible thing to go through, but neither of us wavered from our resolve. Afterwards, we felt nothing but a shared sense of relief that we could go back to our blissful life as a couple.

I never think about the two babies I aborted or what might have been. I certainly don’t ever think how old they’d be now or what they’d be doing.

Do I have any regrets? I have to be honest and say that just once I did think about what life would have been like if I’d had children.

Twenty years ago, I was holding my best friend’s daughter’s hand as we crossed a road. Feeling this hot little toddler’s fingers entwined in mine, I was suddenly overwhelmed by maternal feelings.

For a split second I wondered if I’d been wrong, that motherhood would be wonderful.

Then I thought about the implications – it would mean sharing Roger with someone else – and I shook the thought away. I can honestly say I have never thought about it since.

My only misgiving is the fear that Roger may die before me – how would I possibly cope without him? I’d have no one to comfort me.

It’s something I simply can’t bear to think about.