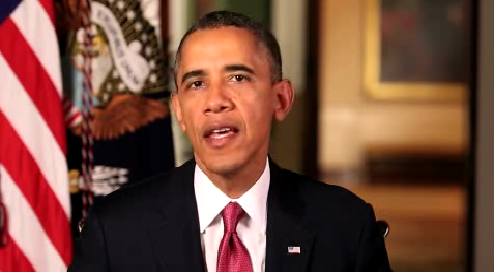 The abortion activists at the National Organization for Women are none too happy with the Supreme Court’s decision protecting Hobby Lobby from being forced to pay for abortion-causing drugs for their employees and they want President Barack Obama to do something about it.

In an email LifeNews.com received, NOW calls on Obama to sign an executive order to essentially overturn the decision. The email ignores how Hobby Lobby already covers 16 kinds of contraceptives but refuses to support abortion-causing drugs.

“We’re asking President Obama to issue an executive order ensuring that all federal contractors who provide a group insurance plan comply with the contraceptive mandate in the Affordable Care Act. We want the president to make crystal clear that the U.S. government will not do business with those who discriminate against women. Make no mistake — withholding basic health care like birth control from women is gender bigotry,” the pro-abortion group claims.

The email calls on abortion advocates to contact Obama and urge the executive order be signed immediately.

“It’s time to gain back lost ground. Take action and ask President Obama to issue an executive order protecting access to contraception for all employees of federal contactors [sic],” it says.

Pro-life writer Katie Pavlich responds to NOW in a column at Town Hall.

Despite Hobby Lobby continuing to provide 16 different forms of contraception to employees without a copay, the National Organization for Women is still coming up with ways to dishonestly exploit the recent Supreme Court decision on exemptions for closely held corporations.

Hobby Lobby providing 16 different forms of contraception to employees is “gender bigotry?” Hardly. This is just another example of how NOW and the left defines women by the pills they take and how they exploit women by lying to them about access to contraception.

The Hobby Lobby decision in no way withholds “basic health care like birth control from women.” Period. End of story. It’s unfortunate NOW habitually uses the heavy hand of government to bully those with whom they disagree.

Meanwhile, Senate Democrats are pushing a bill to attempt to “overturn” the Supreme Court decision.