Americans typically despise all three branches of government and, whether it’s legislative, executive or judicial, approval ratings for each are typically int he toilet. But there’s good news for the Supreme Court.

It appears protecting Hobby Lobby and other businesses from being forced to pay for abortion-causing drugs has helped to revive the impression Americans have of the high court. That conforms to another poll showing Americans agree with the Hobby Lobby ruling.

In the latest Economist/YouGov Poll, Americans are closely divided in how they view the Court, but there has been a slight improvement in the last week.

Although the Hobby Lobby decision was unpopular with Democrats, whose image of the Court shifted from mixed to negative after the ruling, Republicans (who were more positive about the Court to begin with) became even more positive.   Favorable ratings of the Supreme Court jumped six points among Republicans, while unfavorable views rose seven points among Democrats.

But the greatest change in perception of the Supreme Court came from independents.  Last week, independents were more unfavorable than favorable, this week, a majority of independents are favorable. 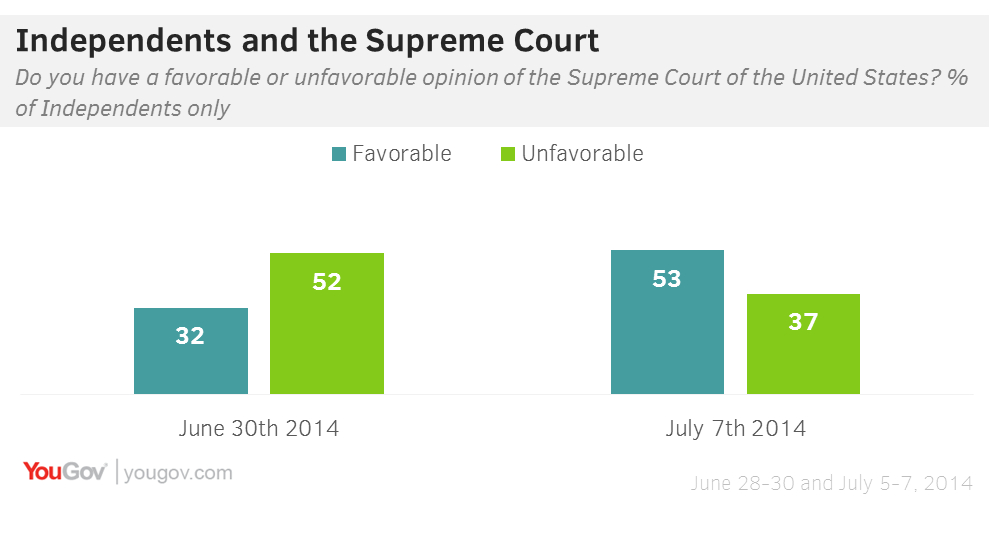 Opinions about the Hobby Lobby decision divide along party lines, with majorities of Republicans and Democrats on opposite sides of the case: 63% of Democrats oppose the ruling, while 80% of Republicans support it.  A majority of independents also support the decision. 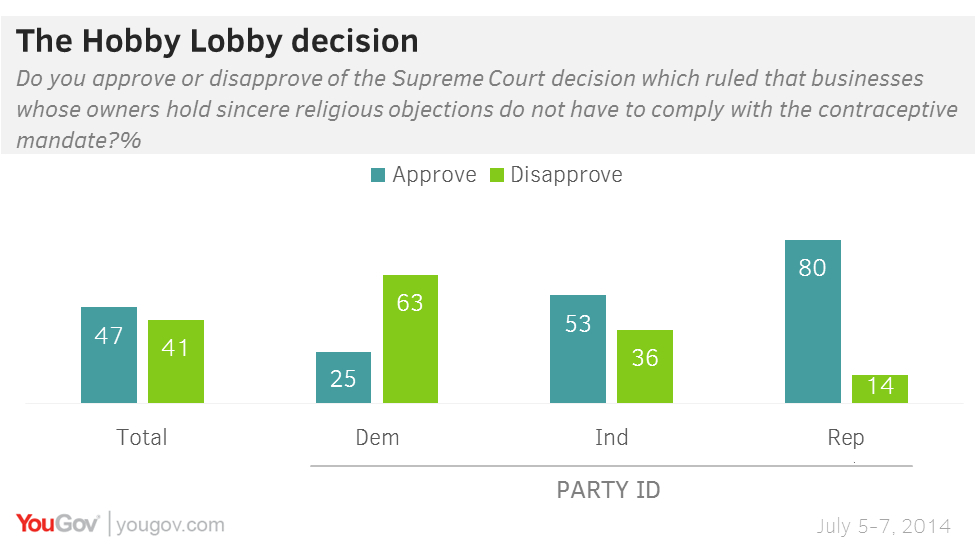 There are some other demographic differences:  Men support the Hobby Lobby decision 51% to 36%; while women are more closely divided.  43% of women support the decision; 46% do not.