On January 24, 2013, my daughter Zoe addressed the crowd at the March for Life Youth Rally in DC. Bryan Kemper of Stand True Pro-Life Outreach had been mentoring her for several months and she was already set on the path of a pro-life activist. She aimed to encourage young people to stand up and join her in the fight against abortion. When she said, “because what if my mother had had an abortion?,” Bryan looked at me with a look that said, “You need to tell her NOW.”

Ten months later, decompressing after an event in Lapeer, Michigan, I found myself having what had come to be a very familiar conversation. Bryan would ask me to speak at an event, I would say yes, and he would ask me to consider telling my children about my abortion. There was a point where I began to feel more bold, thinking that I was on the verge of finding the perfect moment, but that point had passed. My husband and I had already decided that we weren’t ready for that discussion.

“Would you consider speaking at the March for Life alongside Alveda King?” Bryan asked. “Of course; I’d love to,” was my typical response. “Are you gonna tell your kids before January?”

Nope. I was able to declare that without a doubt I absolutely would not have the courage to tell my babies that I’d aborted my first child, and I especially would not find that courage within the next two months. What are you, crazy? Just, no.

“I can’t ask you to speak again until you’ve told your kids. It’s Silent No More’s policy.”

I get it. I know exactly why that policy is in place. And I will take a hiatus from speaking publicly. Period. And without question. My children have always been willing to participate in pro-life activism with me. Children see the issue in the clearest and simplest terms. Abortion is killing a child. Killing a child is wrong. For years I have stood on the sidewalk pleading to mothers and fathers to reconsider their choice. Once, when he was about four, Jackson yelled, “DON’T GO TO ABORTION!” In 2012, Zoe made headlines in the pro-life news for standing up to some pro-abortion protestors at the DNC. They are staunchly and steadfastly PRO-LIFE. I could not be more proud.

But I was ashamed.

They didn’t know that their own mother had once been on the other side of the sidewalk. And how could I tell them? What would they think of me? What woman can tell her children that abortion is murder and murder is wrong but not in my case, because I was pro-choice then and I was young and I didn’t know what to do… So I chose to end the life of your oldest brother out of mere convenience.

Finally, I asked my Priest if he thought I should at least have the talk with Zoe, my oldest. He said, “I would be 100% surprised if she had no idea. She has to know.” I told him, “Uh, she’s almost 13 and I just told her about Santa. She cried herself to sleep and didn’t talk to me for two days.” But he encouraged me to pray about it and consider telling her about my past. When I woke up the next morning, I was certain that before I went to sleep that night, I would have unloaded this horrible secret to my daughter. 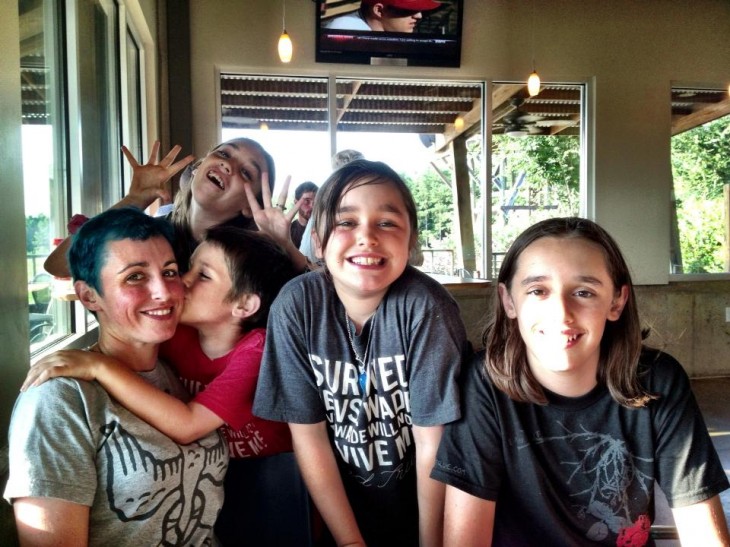 On Wednesday, January 8, nearly a year after Zoe spoke at the Stand True event, we arrived at the Cathedral to drop my younger three at Faith Formation and I told Zoe that we needed to talk. She almost began to cry as she panicked and asked, “Are we going to talk about puberty? Because I do NOT want to talk about PUBERTY!” I couldn’t help but laugh as I told her to hush and sit down.

Tissue in hand, I recounted the memory of my abortion to my firstborn. I was bawling. Zoe was stone-faced. Assuming that we would hug and cry together for the entire 90 minutes that her siblings were in class, I was kind of surprised to find myself spent after about ten minutes. “Do you have any questions?” “No.” “Are you OK?” “Yes.” “Do you forgive me?” “Yes. I’d like to speak with Father Rossi.” And with that, we called Father Rossi. He suggested that we might find comfort in spending time with Our Lord, and we headed into Adoration. Side by side, on our knees, I thanked Jesus profoundly and repeatedly for this young woman, and for her understanding and her compassion and for His grace and His mercy and His love. As I settled in to the pew, I watched in awe as Zoe stared at Our Lord in the Blessed Sacrament and continued to pray. She prayed and prayed and prayed. Months later, after only a question or two had been asked about my experience, Zoe came to me and said, “Adoration is what helped me when you told me about your abortion.” As we left Adoration that evening, we agreed that her siblings (Lily, 11, Bella, 9 and Jackson, 7) were not ready for the news.

As I so often do, I rushed home to share my experience on Facebook. I attached a link to my testimony, which had been published a year and a half earlier. Sitting in front of my laptop, I had no idea that Jackson was behind me until he asked, “Is that a picture of you? Why are you holding a sign that says, ‘I REGRET MY ABORTION’? Did you have an abortion?”

I panicked. In that moment, I silently prayed, “Lord, please guide me. I will no longer hide this from my children. Help.” And I said, “Yes. I did have an abortion.” And I held my breath.

Jackson continued, “Wait. Did you have to get a SHOT?” What? “Yes, Buddy, I did.” Returning to his homework, he said, “How do you spell ‘Guido’?”  I was a little bit stunned. “G. U. I. D. O.” He dropped his pencil and said, “I’m finished with my homework!” And he ran upstairs to take a shower.

I laughed to myself and thanked God that was over. I was only mildly surprised to find out later that of course it WAS NOT OVER. As Lily and Bella hovered around me waiting to be tucked in for the night, Jackson declared, “Did you know Mama had an abortion?!” Lily looked at me when she addressed him and said, “No she didn’t. She only got her tubes tied. Wait. Did you have an abortion?” And this is when the severity of the situation set in for Jackson. Immediately crying, he ran upstairs to his room. I pulled up the website with my testimony and told Lily and Bella to read it together, and come upstairs to ask me any questions they might have. 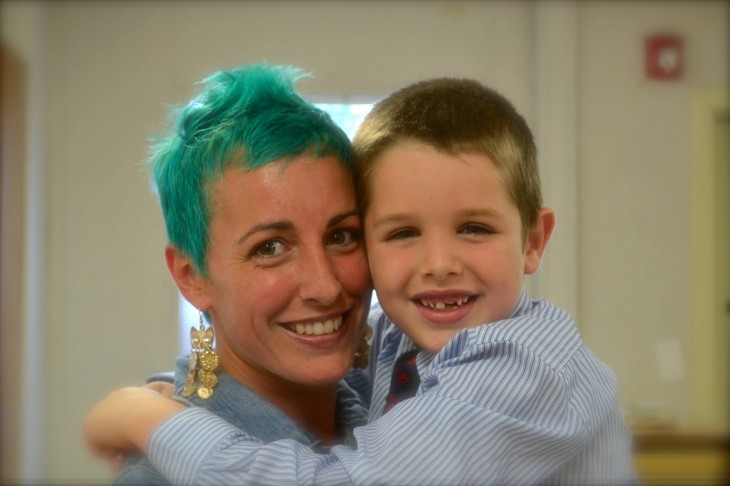 As I approached Jackson’s bedroom door, I heard Zoe comforting him. Out of their sight, I listened as she said, “Don’t be upset, Buddy. Everyone makes mistakes but we can learn from them. Mama has been to Confession and she is sorry for what she did but she’s making it right through the work she does now.” I was absolutely stunned. Again I thanked Jesus for this amazing young woman, and I walked into Jackson’s room. He didn’t hesitate to throw his arms around my neck. Lily and Bella joined us and I asked if they had any questions. We talked about David James and asked him to pray for us and for all women considering abortion. We cried. We laughed. We prayed. We hugged.

I let out a huge sigh and asked if everyone was OK. My lovely children beamed at me and Jackson said, “Mama, if you have any more secrets, can you please keep them to yourself? I don’t like it when you cry.” I promised him that I don’t have ANY MORE secrets. I was free. Silent no more.