The left-wing liberal community are always the first ones crying for tolerance- yet- when things do not go “their way” they are the most hate-filled intolerant people you can imagine.

As Megyn Kelly summed it up on the O’Reilly factor – “This is about the war on the religious right not the war on women.”

Following the ruling granting Hobby Lobby the religious freedom to refuse to fund 4 out of 20 “contraception” devises they deem abortive- left-wing haters began calling for people to burn Hobby Lobby to the ground, have sex in the store and all kinds of other suggestions.

Now, “Humanists” have called to Boycott the family chain store: 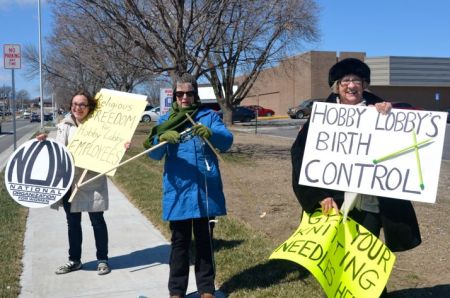 Others are posting ridiculous blogs or memes: 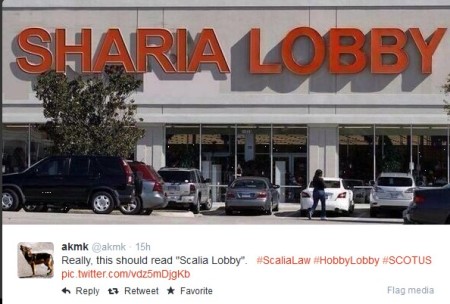 Still others are entering Hobby Lobby and leaving their opinions loud and clear:

Freedom From Religion has paid for an ad in the NY Times:

The ad features Planned Parenthood founder and birth control pioneer Margaret Sanger, whose motto was “No Gods — No Masters,” the ad criticizes the “all-male, all-Roman Catholic majority” on the Supreme Court for putting “religious wrongs over women’s rights.” The ad fails to explain Sanger’s beliefs in eugenics and the way her organizations helped promote forced sterilization of women. 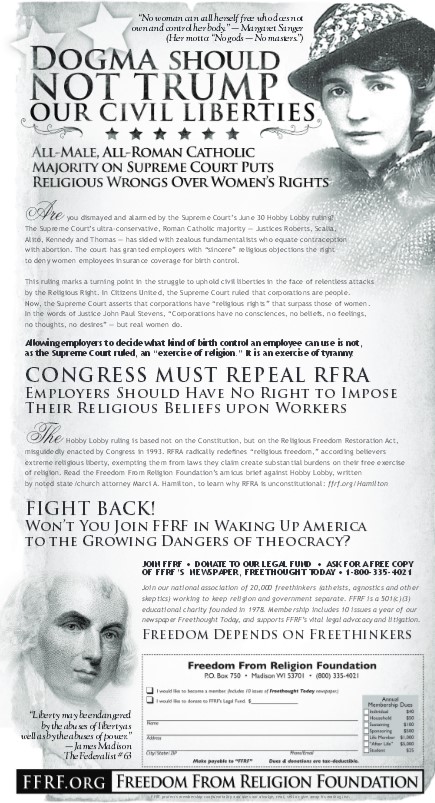 And Twitter is filling up with all kinds of mocking of the store, religious freedom:

Just following the ruling – pro-choice and left-wing advocates called for Hobby Lobby to be burned to the ground: 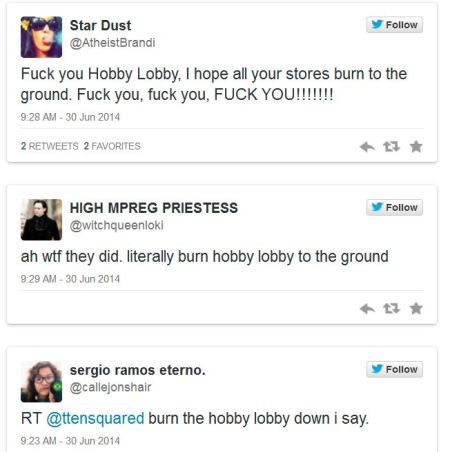 Just after the decision, Jessica Valenti, a Board Member for NARAL tweeted this hateful suggestion,“Maybe women should organize a safe-sex fuck-in at every Hobby Lobby across the country. In the glitter aisle. JUST A THOUGHT“.

And here is another brilliant suggestion from the NARAL Board Member, “New teen prank suggestion: TP Hobby Lobby with condoms instead of toilet paper.”

As the lies and hate directed at Hobby Lobby continue- the Green family responds in love and says they are grateful for their supporters: