The closure of three abortion clinics this week, including one associated with the infamous late-term abortionist LeRoy Carhart, bring the total number of closed abortion facilities to 27 so far this year.

“The failure of these abortion businesses continues the trend of closed abortion clinics and represents a success of the pro-life movement’s work to change the laws as well as the hearts and minds of Americans,” said Troy Newman, President of Operation Rescue. “Abortion numbers are down, pro-life sentiment is up. Laws are being enforced. Babies are being saved. We are excited to have played even a minor role in the closure of abortion clinics because when these substandard mills close, lives are saved.”

Financial woes and a lack of demand for abortions have shut down Affiliated Women’s Services in Indianapolis, Indiana, where Carhart worked one day per week.

Operation Rescue confirmed that the clinic owner, Lois Bennett, owes nearly $20,000 in back property taxes on the abortion facility. The building is set to be sold by the county at public auction in August in an attempt to recover the delinquent taxes.

The abortion facility had been in operation for 32 years.

At the time of its closure, the Medical Licensing Board of Indiana was actively investigating Carhart in response to a complaint filed by Operation Rescue earlier this year. That complaint raised questions concerning patient safety at Affiliated Women’s Services after Operation Rescue documented seven recent abortion-related medical emergencies involving Carhart at facilities in Nebraska and Maryland, including a patient death in 2013. 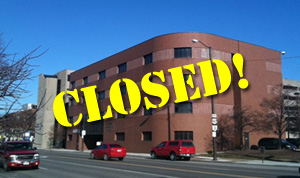 Owners of the building that housed the abortion facility made the decision not to renew its lease.

Cleveland Surgi-Center has indicated that they have plans to reopen in the Cleveland area at some future time, but for now, all operations have ceased.

Operation Rescue obtained 911 records related to two life-threatening medical emergencies at the Cleveland Surgi-Center, one in December, 2012, and the second in January, 2014. One of the abortion patients passed out and turned pale due to apparent blood loss. The other woman suffered seizures and was said to be barely breathing with her lips turning blue. 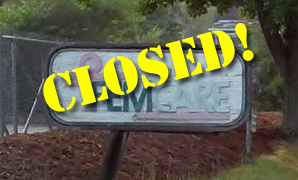 In Asheville, North Carolina, Femcare has closed because its abortionist and owner, Lorraine Cummings, announced her retirement and placed the building for sale. Femcare has operated in Asheville since 1985. Its closure leaves Ashville and most of the northern part of that state abortion free.

Femcare made headlines last summer when the North Carolina Department of Health and Human Services temporarily suspended its license after discovering two dozen serious health and safety violations during a routine inspection.