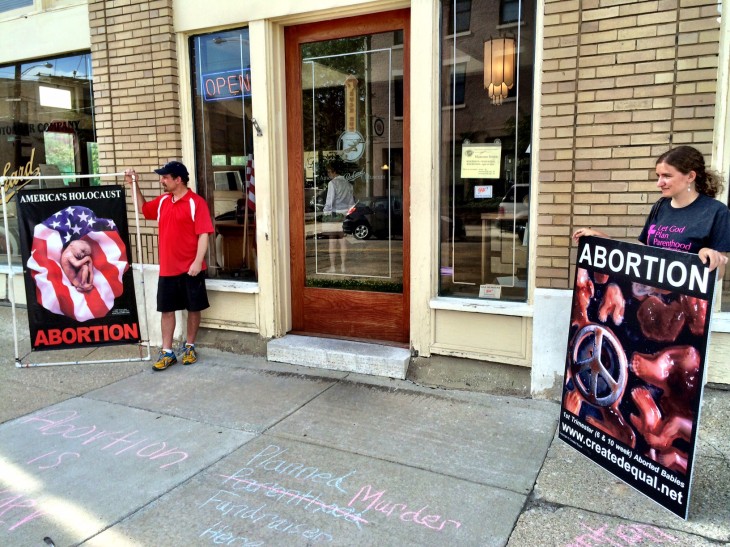 The Stand True Mission Team arrived at the Packard Museum in Dayton, OH about an hour before the Planned Parenthood fundraiser was scheduled to begin. A local woman who we met during our outreach at the Troy Strawberry Festival joined us and brought along her husband. We were also joined by a few other local pro-lifers from Dayton.

We set out immediately to chalk all the sidewalks leading to the museum with pro-life and Gospel messages.  Within minutes someone from the museum came out to tell us we could not chalk nea

r the driveways or big doors. I informed her she was wrong and invited her to call the Dayton Police.

Two Dayton Police officers showed up shortly after and talked to me for a few minutes and then went in to inform the museum that we were well within our rights. They said good-bye to us and told us to have a nice evening. (Maybe the Troy, OH could take a few lessons from Dayton on free speech.)

Two employees from the museum came out and approached me to ask about what we were doing. One of them had a high position, I believe. They were both heart broken that the event had been booked by the agency for the museum and told us how much they were on our side. It was obvious how devastated they were with the decision to host a Planned Parenthood event there.

The older gentleman was on the verge of tearing up and asked me if I had any pro-life literature. I told him Planned Parenthood would take it away from him and he said “ They will NOT stop me from passing this out inside the museum”. I loaded him up with some literature and graphic drop cards, and he went inside. 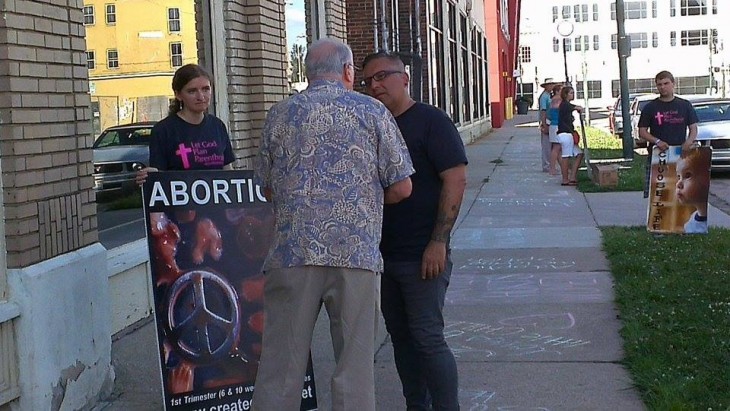 As the night progressed we set up right at the entrance to the event and showed every single person who paid $75 a ticket what their money went to and pleaded with them to stop supporting child killing and to turn to Christ. However we did not get to do much pleading as less then 25 people went into the fully catered event. I am sure Planned Parenthood lost money that night.

As we were standing there praying we noticed the Corpus Christi procession coming towards us from the local Catholic Church and at the same time looked up and saw a dove on a stick in the window of the building across the street. The dove looked as though it was looking down on us, like the Holy Spirit watching over us.

Ed and Kate from the mission team walked to the Church and talked to several people who then came down to greet us and thank us. A local politician and his family came by and thanked us for doing this work in his district. 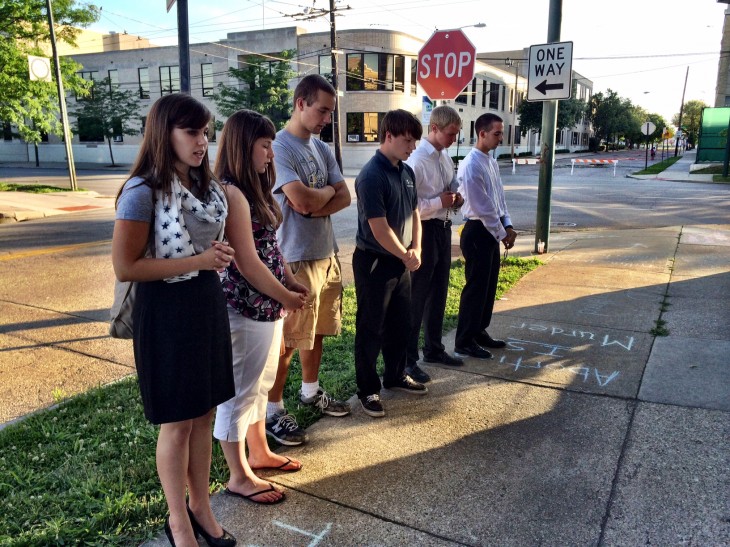 A group of college age kids also came down and talked to the mission team for a while and asked about joining us at the abortion mill for prayer this summer. As we were about to leave, the group of young people decided to stay and pray over the event.

As I loaded up the van and pulled off, it was such a blessing to see these young people standing there, crying out to God for the babies and the souls of those inside this blood money event. I am the most blessed man on earth to stand with pro-life youth on a daily basis. This is the generation that will abolish abortion.

Today the team is loading up the supplies and getting ready to hit the road for the first road trip of the summer. We are so excited to get back on the road and be a light in this darkness.