A video posted on Youtube shows an abortion clinic nurse appearing to attack attack a pro-lifer.

The abortion nurse is upset because the pro-lifer accused her of telling patients that their abortion won’t hurt….

The pro-lifer who posted the vid identified as Paul Lake explains, “I learned that the # 1 question women ask in abortion clinics when considering abortion is; Does it hurt? Some clinics have certain people who do certain jobs and answer certain questions women ask. When the nurse at our local abortion clinic arrived to work Tuesday morning I asked her, “Are you the nurse that tells the women that it don’t hurt?” She didn’t answer. So I said to her that “whoever is telling them that it doesn’t hurt is lying to them”. She went into the clinic. 10 minutes later the same nurse walked up to me and this is what happened..”

“I don’t need you out here telling me nothing bout I’m a nurse and I’m telling these people it don’t hurt. I don’t tell them that, so I’m not a liar…and I’m not a liar and your not going to stand there and tell me that I’m a liar…because I’m not a liar. I serve a God that sees everything and know everything and if you was any kind of big Christian you wouldn’t be sit’n your tail out here doing what your doing.”

At that point the pro-lifer says, ” I want to help you.”

And the abortion nurse replies, “You aren’t helping me and you’re right there your wearing that cross – you don’t need to be wearing it…”

The pro-lifers says, ” I’ll get you another job…” 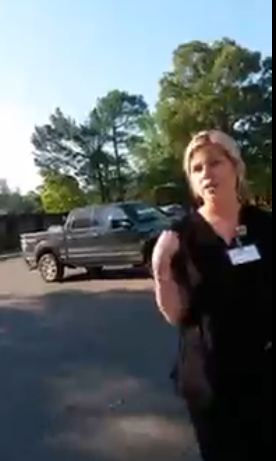 She then asks the pro-lifer, “Can you tell me where I go to church, that’s what I want to know?”

They then get into a debate on whether abortion kills a baby and both nurses who claimed to go to church say abortion is a women’s choice.

The outside of the clinic and looks like West Alabama Women’s Center. 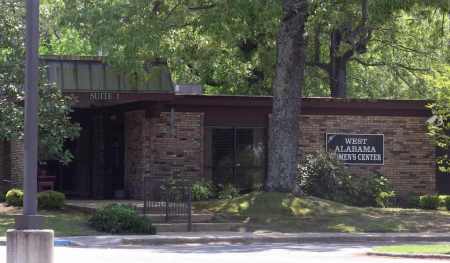 According to abortiondocs.com a Dr. Louis Thomas Payne works there and the nurses mentioned a doctor Payne. 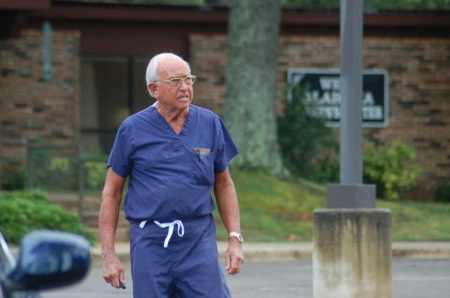 A state inspection conducted in January of 2013 at the WEST ALABAMA WOMEN’S CENTER, INC revealed that: 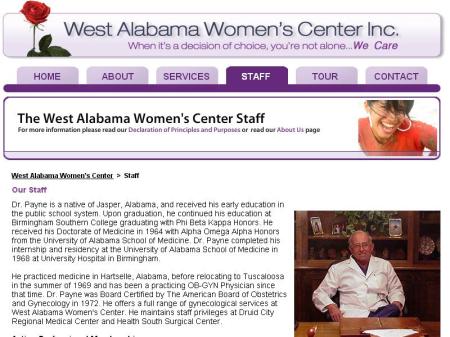 Based on review of the center’s policies, observations and interview, it was determined the center did not follow their own standards of practice for:

4. Safe use of sharps containers

An interview was conducted with Employee Identifier # 1, Director on 1/10/13 at 10:45 AM who verified the sharps container was more than 2/3 full and the needles were on the floor.

A tour was conducted in Medication Storage Closet on 1/10/13 at 11:00 AM. The surveyor observed the following unlabeled:

1 – 10 cc (cubic centimeter) syringe with liquid and a needle

2- 3 cc syringes with liquid and a needle

3- 1 unit syringes with liquid and a needle

EI # 2 was also observed by the surveyor during the above procedure use non sterile gloves to examine Patient Identifier (PI) # 1 and then change to sterile gloves without hand hygiene.

EI # 3, the nurse assisting with the procedure also changed gloves during the above procedure without hand hygiene.

But this was not the only time…. the Alabama Department of Health which regulates abortion clinics in the state, shows that the West Alabama Women’s Center abortion clinic has been written up on several occasions: 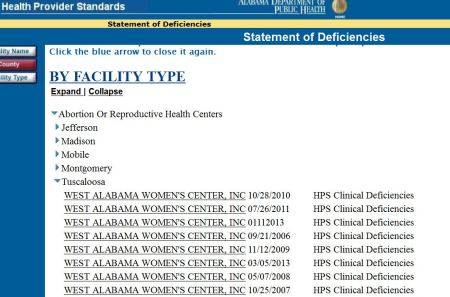 So to recap – abortion does hurt and if you point that out as a pro-lifer you could be attacked by a nurse who claims she serves God and slices while working at an abortion clinic with several health deficiencies…..just who is on the side of woman again?