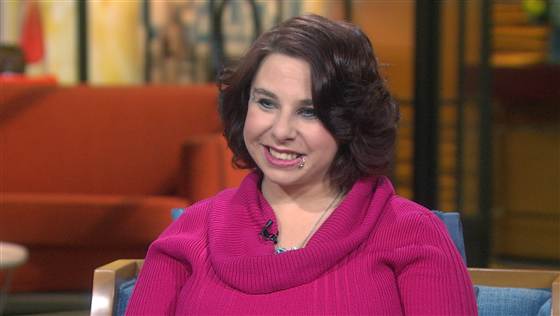 Ariel Castro was the Cleveland kidnapper who apprehended three teenage girls and forced them to live as sex slaves for a decade in his home. During that time, Michelle Knight was raped, impregnated and forcibly aborted by Castro at least five times during her more than ten year captivity.

Castro starved and then kicked a pregnant Michelle Knight resulting in her miscarrying five children. But she is now willing to forgive him. Michelle Knight, interviewed Monday on NBC’s “Today” show, says Ariel Castro deserves forgiveness because she’d want to be forgiven if she did wrong, and in her words, “that’s the way of life.”

“If I did something wrong, even if it was a small thing, I would want somebody to forgive me, so I can forgive him for what he done wrong because that’s the way of life,” she told TODAY’s Savannah Guthrie in an exclusive interview.

“I was saddened by it but also confused at the same time. Like why would he hurt his children like that? Why would he leave them?” she said. “He was a human being, and every human being needs to be loved, even though they did something wrong.”

Knight said she rarely has contact with the two other women she was held captive with in Castro’s home. Gina DeJesus was 14 when she disappeared in April 2004. Amanda Berry was kidnapped in April 2003, just before her 17th birthday.

“Right now, we’re all healing in our own way. Sometimes relationships, including friendships, don’t last that long,” she said. “We were just in each other’s life for a short while in time and maybe, just maybe, we’ll get back together.”

Knight said her love for her son provided her with faith to get her through the ordeal. The boy, now 14, has been adopted by a family who has not shared with him what happened to his biological mother. Knight said that’s been tough for her.

“But I’m glad they have him and he’s doing really well,” she said.

In a previous interview with Guthrie that aired on Dateline over the weekend, Knight said that she now goes by the name “Lily,” and has legally changed her name to “Lillian Rose Lee” to symbolize the beginning of her new life.

Castro was arrested that same day the women were finally freed and Castro was charged two days later with four counts of kidnapping and three counts of rape. Castro pled guilty to 937 criminal counts of rape, kidnapping, and aggravated murder as part of a plea bargain. He was sentenced to life in prison without the chance of parole plus 1,000 years.One month into his sentence, Castro committed suicide by hanging himself with bedsheets in his prison cell.