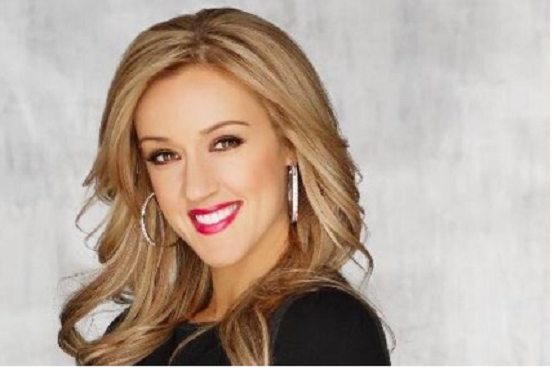 In a day and age when some women are auctioning off their virginity like selling a used car, “Inside Audition” host Megan Alexander has a beautiful answer why she stayed a virgin until marriage.

Alexander shares intimate and heartfelt details on why she decided to remain a virgin until her wedding night. Alexander — a longtime correspondent for “Inside Edition,” who is usually the one asking the questions of Hollywood celebrities reveals to Fox News why she’s counterculture on the sex question.

“I think there is too much pressure on kids today to jump into having sex. If my story encourages anyone to take their time and find the right person, then that was my goal,” she says.

“Our honeymoon was romantic and special and fun, but it was also stressful and awkward,” she wrote. “We put way too much pressure on ourselves to have the sexual aspect of our marriage all figured out. . .This intimate part of your relationship takes time.”

“Sex is everywhere, it sells,” Alexander told FOX411. “It’s on magazine covers, it’s in television shows, it’s in movies and I think its pretty unusual when someone speaks out about waiting for marriage in the entertainment industry.”

For Alexander, the decision to abstain from premarital sex was an easy one. Growing up in a Christian home and claiming her faith for herself in the 7th grade, the Seattle native always stood strong in her beliefs.

“I claimed my faith for myself in about junior high,” she revealed. Her parents sent her to a Christian summer camp where she was able to explore her faith on her own for the first time. “I think we should never just do what our parents tell us to do. We should find our faith and claim it for ourselves. So I accepted Jesus Christ as my Lord and Savior in about 7th grade and made that decision myself and that’s been the best thing I’ve ever did.”

Alexander wanted to help others find their faith, especially young people who are bombarded with sex every day in the media. That’s why she penned an article for WHOAwomen Magazine about dating, relationships and sex.

“I decided to speak out, because I feel like young people today, specifically teenagers and millennials in their 20s and 30s, there’s so much pressure to just get involved [physically] and to think that that’s normal,” she said. “I wanted people to know, hey there’s another option. This is the option that I chose and it can work for you too.”

Waiting to have sex isn’t easy, said the “Inside Edition” correspondent. She credits good friends, strong family support and her faith with keeping her strong before getting married. Not to mention her busy career.

“I think family is important, family support, good friends are important, obviously my faith, I believe it’s God’s best design for us,” she explained of her decision. “And I had goals and dreams and stayed busy. I tell people I was too busy in my teens and in my twenties chasing my career to get in trouble with boys.”

Alexander always knew she would stay a virgin until her wedding night and her husband Brian Cournoyer respected her decision.