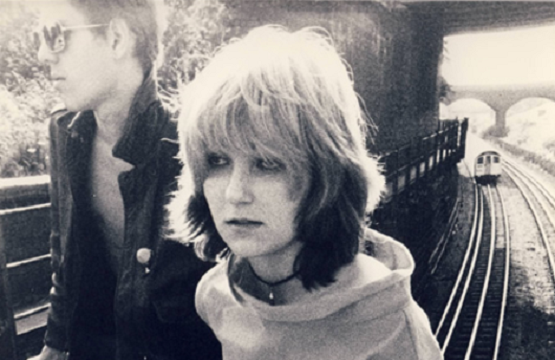 Okay, I didn’t who she was, either. She was the star of the 1970s all-girl punk band, “The Slits,” a group that was apparently hugely influential in breaking through in a male-dominated industry.

Her story intersects with us in that she had an abortion in 1978 “rather than give up her career,” as a publicity blurb for the book puts it. In the years to come Albertine tried IVF treatments eleven times and “lost two babies before finally becoming mother to a little girl in 1999.”

In the book (we are told) she writes, “I didn’t regret the abortion for 20 years. But eventually I did and I still regret it now. I wish I’d kept the baby, whatever the cost. It’s hard to live with.” But, she adds, the right to choose “cannot and must not be ever taken away from us.”

A couple of thoughts. Even though she is “adamant” that abortion be legal, she also “admits the abortion haunted her throughout the process of trying to have a baby.”

How it could it not? Having exercised her “choice” to abort the baby fathered by another rock star, for the longest time everything pointed to her never being able to conceive again. And then she loses two babies (presumably to miscarriages). Of course Albertine is “haunted”—by regret, by remorse, and, perhaps, by a little ghost.

And it is equally understandable that the regret she had bottle up might not make its way to the surface of her mind until around the time she had her little girl (maybe when she had her child; the blurb is not exact).

When Albertine looked at her, how could she not see a reminder of the child whose life was less important to Albertine than her career?

Her story reminds you of what so many, many post-abortive women have said with insight and remorse: abortion doesn’t make you unpregnant; it makes you the mother of a dead baby.