The woman who allegedly killed seven of her babies and packed six of them in cardboard boxes appeared in court and told the judge her in case that she is broke. Meanwhile, prosecutors are seeking more time to fashion their case against Megan Huntsman.

Police believe Megan Huntsman, 39, gave birth to the babies then killed them over the past decade and they arrested her on Saturday after the grisly discovery. They found the babies following a call from Huntsman’s ex-husband about a dead infant found inside a Pleasant Grove home that Huntsman lived in until 2011. Officers arrived and found the body of a newborn infant, who appeared to be full term.

Huntsman’s former boyfriend Jimmy Brady, of Salt Lake City, says he was shocked to hear about what Megan Huntsman reportedly did and told a newspaper he had no idea about her past. He said he has been left depressed to hear about someone he cared about and how she killed her own children in such a gruesome manner.

Brady, who lived with the 39-year-old at a trailer home for 18 months, said he has not been able to sleep since Huntsman was arrested on suspicion of murder. He told the London Daily Mail: “I swear I had no idea, no idea what she had done in her past.”

At the hearing in Provo, Utah, a state judge granted prosecutors more time to determine what charges to file against Megan Huntsman. During the hearing, the 39-year-old woman was in court wearing a baggy prison jumpsuit, her hands and ankles shackled

She mostly stared at the ground as prosecutors asked the judge for two weeks to sort through evidence and ensure they choose proper charges.

The Daily Mail has more on the hearing:

A state judge in Provo granted them a week after Huntsman’s newly appointed attorney objected to two weeks.

Huntsman is being held on $6 million bail.

She told the judge she had no income or savings and had not worked since December 2012. Her next court appearance is April 28.

Investigators hope DNA will reveal the sex of the babies and who their parents are, though that could take months.

‘There’s a lot more work to do on those autopsies, and when we get that information, we’ll be ready to file,’ Beckstrom said 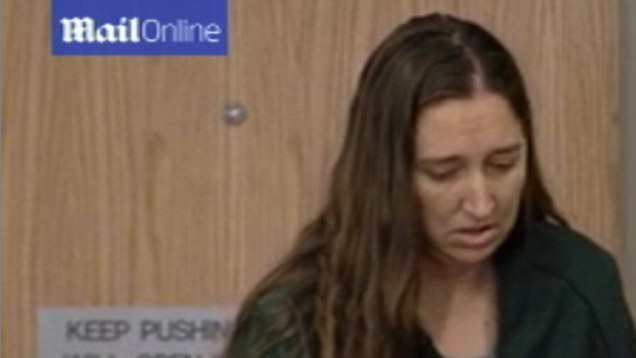