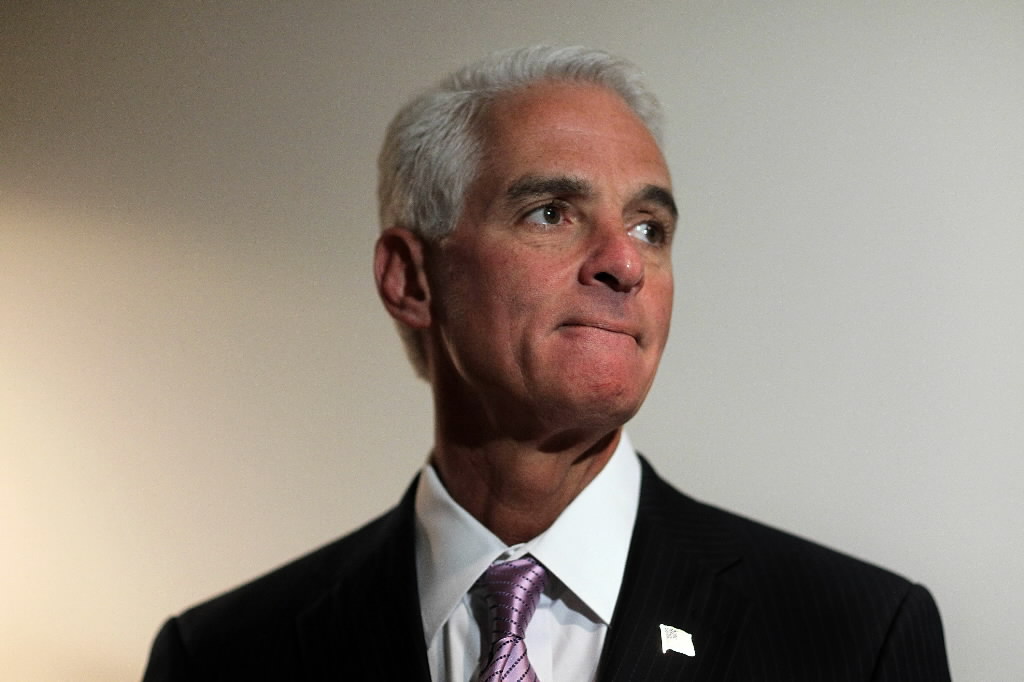 Florida gubernatorial candidate Charie Crist is pro-abortion and flip-flopped on abortion from the pro-life to the pro-abortion side years ago. But he wants Sunshine State voters to know that he’s really pro-life — by his definition.

The Free Beacon has more on how Crist is shamelessly trying to sell Florida voters that he did not flip-flop on abortion:

Crist, in a Sunday interview with WPTV’s Michael Williams, was challenged by the host over his abortion record. “In the heat of campaigns you were once quoted ‘Listen, I’m pro life, I’m pro gun,’ on and on and on. You’ve changed your view on abortion as well,” Williams said.

“That’s not true. I am pro life, by my definition,” Crist said before proceeding to claim he has been personally pro life but pro choice in the context of public policy throughout his career.

The problem is that Crist switched on abortion when he ran against pro-life Marco Rubio, who beat him in a primary for Senate.

Here’s how LifeNews reported that back in 2010:

Charlie Crist is up with a new television commercial in the Florida Senate race that attacks pro-life Republican opponent Marco Rubio’s pro-life views. The ad essentially is the final confirmation that Crist has abandoned any pretense of holding a pro-life position on abortion.

The reference is made to the Supreme Court decision that allowed virtually unlimited abortions throughout pregnancy and has resulted in more than 52 million abortions since 1973.

Crist’s ad will further upset pro-life and middle of the road voters who are already upset he vetoed a bill that would have allowed women a chance to see an ultrasound of their unborn baby prior to an abortion.

The bill would have also exempted the state from some of the abortion funding in the government-run health care bill President Barack Obama signed into law.

Then, in a move to set up an ad of this nature against Rubio, Crist scrubbed his web site of any mention of his supposedly pro-life views or opposing abortion.

The other problem for Crist is that he’s changed his abortion position so many times for political gain that he has nothing left in his campaign playbook other than to accuse his main opponent of being an “extremist.”

In the March 2010 debate with Rubio during the Republican primary, Crist tried to sell himself as a pro-life candidate, saying he’s “strongly pro-family and pro-life and has made these issues a priority throughout his career of public service.”

Asked by the late Meet the Press host Tim Russert if he would support a constitutional amendment banning abortions, Crist responded with the standard pro-abortion line the 1998 debate: “No, I would not. I think this is a very personal decision. And I think it is a decision that a woman should make and have the right to make after consulting with her family, her physician, and her clergy. But not her government.”

Crist followed up that statement with a response to the a 1998 questionnaire for the St. Petersburg Times.

He wrote, “I am pro-choice, but not pro-abortion. I believe that a woman has the right to choose, but would prefer only after careful consideration and consultation with her family, her physician and her clergy; not her government.”

The newspaper highlighted Crist’s pro-abortion views at the time by noting he “voted against proposals to require counseling and a waiting period for all women seeking abortions” — pro-life legislation that has proven to cut the number of abortions in other states.

In 2006, Crist appear to make a foray towards the pro-life perspective, while still retaining an underlying pro-abortion position.

“I would rather encourage adoption. I would prefer not to change law, I would rather change hearts,” he said in 2006, according to an Associated Press report.

Yet, the Crist campaign, in January, released the statement saying, “Charlie Crist … is strongly pro-family and pro-life and has made these issues a priority throughout his career of public service. … As Florida’s next U.S. Senator, Charlie Crist will fight for pro-life legislative efforts.”

In March 2010, Crist said he would sign a bill that would ban abortions, like the legislation that received national attention in South Dakota in 2008.

He then backtracked from his position, according to AP, and backtracked to the view that he doesn’t favor changing laws to ban abortions.

“He later clarified that the South Dakota law, set to go into effect July 1, is too restrictive, and he would only sign a ban if it also allowed abortions for victims of rape and incest. Crist added, ‘Promoting a culture of life is preferable to me than passing laws,” AP reported.