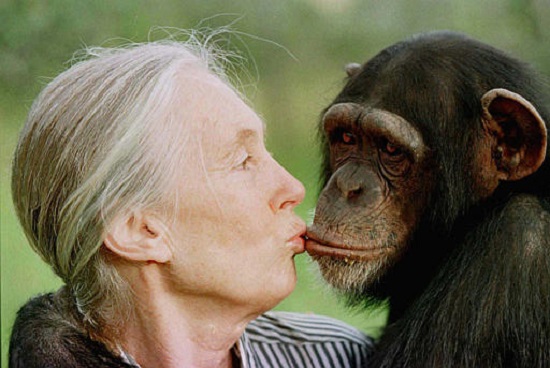 I have never been a fan of Jane Goodall. Her work with chimpanzees wildly and intentionally–by her own admission–anthropomorphized the animals. Then, rather that being knocked down a peg by colleagues, the biological fields instead yielded to subjectivity in the discipline, which has impacted science adversely (in my view) ever since.

She apparently committed plagiarism in Seeds of Hope: Wisdom and Wonder from the World of Plants. (Plants can’t be wise or express “wisdom!”) A revised edition of the book has been released correcting the previous intellectual conversion.

But that’s not why I write. Her comment to the Guardian about why she is happy the controversy has been resolved in the new edition raised my eyebrow. From the story:

In the revised edition of Seeds of Hope, to be published this month [April], Goodall said she had made minor changes to the text to address the book’s critics and added a lengthy notes section…And she claimed the controversy had turned out to be a “godsend.”

“I am really happy for the sake of the plants that we’ve got it right now. I feel this is a book we can really be proud of now.”

“For the sake of the plants?” Good grief.

But then, this may be the flow of our deconstructing culture:

When you reject human exceptionalism, you go off the rails. Sigh.