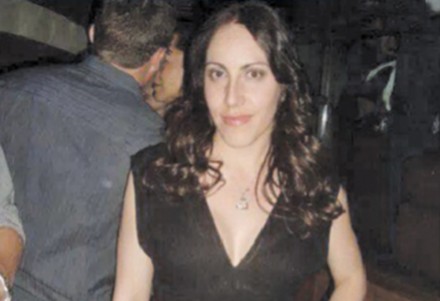 A Mexican woman was killed last week after refusing her boyfriend’s request to get an abortion. According to multiple Mexican mews reports, 31-year-old Karla Lopez was killed by assassins hired by her Manuel Forcelledo, who had repeatedly attempted to pressure Lopez to have an abortion.

According to reports, Forcelledo beat up Lopez along with one of the hired thugs and a second hired killer, Moises Cordero, strangled her to death. One of the thugs then placed Lopez’s body inside the trunk of his vehicle and drove to Mexico City and abandoned it.

According to investigations, Forcelledo delivered an initial payment to the two killers to help plan and commit the murder, while another person sold his cell phone chip so Forcelledo could communicate with the Lopez without being located.

“My daughter was a very strong woman,” Karla’s mother, Esperanza Albert, told Milenio. “She always fought for her baby, and they took her life away for trying to save her baby.”

“My daughter fought, she fought for her baby because she was a girl of principle,” she said, noting that Karla twice refused money for an abortion.

Women who refuse requests from their husbands or boyfriends to have abortions are often finding themselves subject to violent attacks that sometimes result in their deaths. A report issued by the Elliot Institute in 2010 found a “widespread epidemic of unwanted, coerced and forced abortions taking place in the United States.”

The report notes how research suggests most abortions are likely unwanted or coerced, with one survey of women who had abortions finding that 64 percent said they felt pressured by others to abort. The same survey found 80 percent of women said they did not receive the counseling they needed to make a decision — even though more than half said they felt rushed or uncertain about the abortion.

The consequences for those who refuse abortion can be dangerous and even deadly, according to the report, which details cases of women and girls facing violent attacks or murder for resisting abortion.