An Indian mother too poor to be able to afford an ultrasound that could have prepared her beforehand, was surprised to give birth to conjoined twins. The babies, weighing 7lbs 7oz were born on Tuesday at a local hospital.

Doctors fear the babies, who have two heads, two necks and two spines but share one body, will not live long. According to the London Daily Mail, Urmila Sharma, 28, gave birth to conjoined twins at Cygnus JK Hindu Hospital in Sonipat, Haryana, in northern India. The parents have not yet named the baby girls.

Dr Shikha Malik, who delivered the babies, told news outlets, “The parents are very distressed and we are helping the family the best we can.”

Abby and Brittany Hensel were born conjoined with a very low chance they would make it through infancy, but God had such big plans for these girls. Today they live happily as teenagers.

Urmila and her husband Subhash, 32, who have one other daughter, were too poor to have an ultrasound during the pregnancy so complications had gone unnoticed.

Dr Malik added: ‘We only came to know she was carrying conjoined twins after an ultrasound two weeks ago but
it was too late to do anything by then. 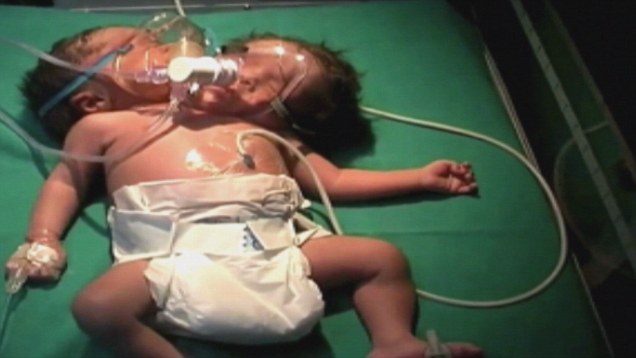