A Democratic candidate for Congress is not drawing the kind of attention he wants for his campaign.

Democrat Erick Wright has become the laughingstock of the Internet over his “Politics on the Throne” videos showing him ranting and raving about all sorts of political topics. Wright is set to run against Republican Martha Roby for Alabama’s 2nd congressional district and he wants the embarrassing videos removed but many political web sites have captured them and are replaying them online.

He tells his audience that abortion is a person’s “God-given right” in one of the videos.

“If you want to have an abortion, what kind of intrusive things do you have to go through just to get an abortion knowing that it’s your God-given right to do so as an American?” he complains.

From a news report on his ramblings:

On his website, the prospective congressman, tells voters: ‘I set out to help restore faith in the public process and elevate the dialogue between Congress and the beautiful people Congress represents.

‘You are those people, and I believe I am succeeding by reaching out to you.’

Wright, who describes himself as an activist, neighbour, friend and businessman, is set to challenge the incumbent Republican Martha Roby, for the chance to represent Alabama’s 2nd congressional district.

His YouTube channel features a series of political ramblings from the last couple of years, including posts addressing spending, another entitled the ‘Signs of Slavery’ and another that is titled the ‘South Will Rise Again’. 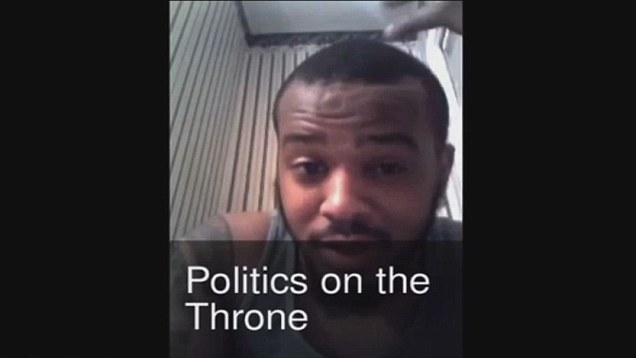