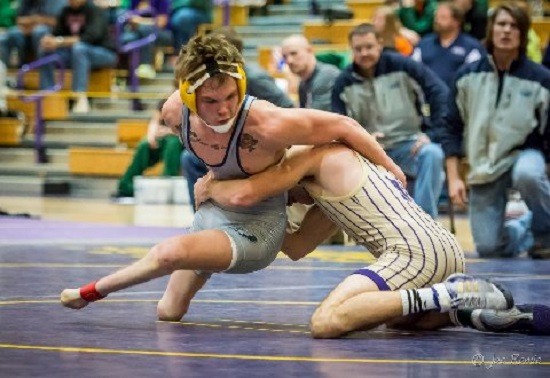 Nik Hoot is quite the athlete. He’s a successful wrestler at a high school – a fact that would likely earn him news coverage anyway. But Nik has overcome the kind of obstacles very few encounter.

You see, Nik is a well-rounded athlete in spite of the fact that he is missing parts of both legs and doesn’t have a fully developed set of fingers. The Indiana teenager lives with these disabilities because his biological parents – an unknown couple from Russia – attempted to abort Nik.

The abortion ultimately failed and in the fall of 1996 Nik was born and was put up for adoption. Marvin and Apryl – residents of Woodburn Indiana — gave Nik a chance at life and he has excelled ever since.

“We made the decision to adopt him after knowing about him for six weeks on Respect Life Sunday at church when we heard the priest say we have to respect all forms of life, even those with disabilities,” his mom tells LifeNews.

As LifeNews has profiled:

Nik was given his first pair of prosthetic legs when he was two years old. Within a couple of weeks he had ditched his walker and was moving about on his own. He’s played nearly every sport available to him: football, baseball, basketball and of course wrestling. Now – he’s blazing a path for his own family.

In addition to Nik, the Hoot’s have adopted five other children from foreign countries, all who have birth defects (this is on top of the three biological children the Hoot’s raised as well). The younger one’s see Nik as a role model and some are already starting to follow in his steps. Of Nik’s siblings, one wrestles with him on the Warriors roster, while a younger sister is a cheerleader. The Hoot’s are a family of miracles.

As for Nik – he isn’t satisfied yet. As he continues to improve on the mat, he says he wants to one day wrestle in college. With everything he’s accomplished already – what’s to stop him?

He had his best wrestling season yet and made it to the Wrestling Semi State championships. Didn’t win the tourney but the kids who make it to Semi State represent the top ten percent of high school wrestlers in the state of Indiana.

He went through marching band season prior to the start of wrestling enduring pressure sores on the bottoms of his stumps.

Last Spring I allowed him to get a tattoo. He has a rose on each end of the phrase I can only imagine” on his chest. I asked him the significance and he told me the roses were for the aborted babies we memorialize at the pro-life Sunday event at the cemetery each year and the phrase is to remember what they could have been.

His opponents and wrestling refs and coaches he encounters see this. Not a fan of tattoos but I couldn’t argue with the sentiment. If it helps save one baby….

Nik ended his wrestling season with 24 wins compared to 11 losses. That’s much better than most of us would do with our limb intact!