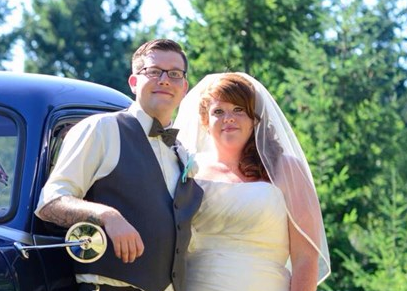 Dylan Benson has been the subject of international attention as he raises money to cover his “brain dead” pregnant wife’s medical bills so his unborn son can be born. Today, Benson hit his fundraising goal so he can cover the enormous expense associated with saving his son’s life.

Just one week after a national controversy in Texas regarding a husband to allowed his pregnant wife to be taken off life support, thus killing his unborn child, comes a similar case out of Canada. But, this time, the husband involved is allowing his unborn child to live.

On his website Dylan explains what happened, “On December 28th, I lost my wife to a sudden hemmorhage of blood to her brain. At the time, she was 22 weeks pregnant.

On that Saturday morning, she threw up, and then instantly started suffering from a piercing headache and asked me to go to the store to get some Tylenol for her. When I came back, she was unconscious, but still breathing in our bathroom. I called 911 immediately. The ambulance came, and they tried to get my wife to respond and for almost an hour before we went to the hospital. At the hospital they discovered that my wife had experienced a massive blood leak into the centre of her brain, and that there was so much blood and pressure and damage that it was irrepairable. Why we are raising funds and where they will go:

Due to the stress of this situation, and not knowing when they will attempt to deliver Iver (if Robyn’s body becomes unstable, they may need to deliver him within minutes or days), I am unable to work. The majority of my current and upcoming leave from work will leave me only earning 55% of my salary. I am about to become a single father. Paternity leave for men will only provide me with 35 weeks off from work, and it’s likely that I will be spending the first 6-8 of those in the hospital with Iver before I can take him home. I will need funds towards bills, baby supplies, daycare, housing, food, and transportation.

Wesley Smith, a pro-life bioethics attorney has commented on the situation.

Is this another case in which some would denigrate maintaining the mother’s viability as somehow undignified–as happened in the Marlise Munoz tragedy? Or, is gestation in this case acceptable because of the continuing development of this unborn child?

Or, is it the fact that the child is wanted by his father that makes the moral difference? Or instead–even if he were unwanted–because the child is likely to develop until he can be safely delivered?

If we value the unborn child because he or she is a developing human being, it will be the latter opinion.

If we think a fetus’s value is dependent on the feelings of those with the power to decide whether to continue the pregnancy–then the former.

I think an unborn child should be viewed as having value in his or her own right, wanted or not. He or she is a nascent human being. Whatever others may think doesn’t change that intrinsic nature.