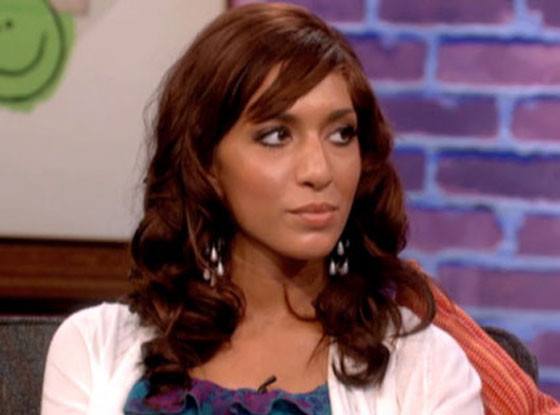 Farrah Abraham, of MTV’s Teen Mom fame, opened up recently about having originally intended to abort her daughter, Sophia. Farrah told Dr. Jenn of VH1’s Couple’s Therapy that she had sought an abortion when she found out she was pregnant at the age of sixteen.

She needed her mother to sign a consent form, telling her that abortion, “you know, takes it away. Everything’s fine.” But Farrah’s mother was not convinced by her argument, and refused to sign the form. Farrah said:

And my mom starts crying and then she’s like, ‘You know, we believe in God, and you’re not gonna kill a living thing.’

While she was pregnant, Farrah’s boyfriend and the father of her child passed away in a car accident. Her mother’s refusal to sign a consent form for Farrah to have an abortion eventually led the pregnant teen to stardom on Teen Mom.

Farrah still seems very lost, though. She created a viral sex tape after her time on Teen Mom ended, and has remained a steadily reappearing figure in the Hollywood media for irresponsible behavior (like receiving a DUI, and then claiming she didn’t deserve to be arrested for it).  But her daughter Sophia appears to have remained an anchor in Farrah’s life.

Either way, Farrah’s ultimately happy she kept Sophia, but there’s no denying that her life would have gone in an entirely different direction had her mom agreed to sign that form… Then again, the best thing about Farrah’s life is her darling daughter, and who knows what she’d be doing if Sophia hadn’t been born.