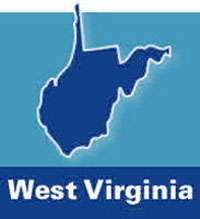 The attorney general of the state of West Virginia made a startling admission to the state legislature during a hearing this past week: West Virginia allows virtually unlimited abortions up to birth.

West Virginia Attorney General Patrick Morrisey presented the Senate Finance Committee with his office’s budget but was asked questions about abortion because his office is investigating an abortion issue.

Morrisey discussed the details of a law on abortion, brought up by Sen. Erik Wells, D-Kanawha.

The attorney general said he simply enforces the law, and the law is that abortions in the state can be performed up until birth.

“Currently West Virginia permits abortions to be performed up until birth, not many people realize that, when you have individuals that may perform abortions up to birth — that raises safety concerns,” Morrisey said.

“I’m focusing on the law, the reality is there’s no arguing it is permitted up to birth,” Morrisey said. “The Legislature makes the decisions, we’re going to make sure we enforce all law vigorously whether we agree with them or not.”

Morrisey and his office are currently investigating claims that abortion clinics are not regulated enough and he said they will make sure they are following state laws as such.

The Attorney General has pointed out that West Virginia’s abortion facilities are “neither licensed nor regulated by the State.” The West Virginia State Department of Health and Human Services has reported “there is no state agency that specifically inspects clinics or facilities that perform abortion.” (Charleston Daily Mail, 6/1013) In West Virginia, even hair and nail salons are subjected to more regulations. Abortionists must also be regulated.

On June 7, 2013, a suit was brought in Charleston, WV on behalf of Ms. Itai Gravely, alleging that the Women’s Health Center of West Virginia and its abortionist, Rodney Stephens, committed medical malpractice by proceeding with the abortion against her wishes, and then leaving the baby’s head in her womb in a botched abortion attempt.