Ashley was 14 years old when I read an article about her in the newspaper discussing that she was raped and as a result became pregnant.

From the moment Ashley found out she was pregnant, she knew that carrying her baby to term was her only option.  On June 26, 2013 her son Aiden was born and he has warmed everyone’s heart that he comes into contact with.  Throughout the Summer and Fall of 2013 I have had to privilege of getting to know not only Ashley and Aiden but her parents as well.  Ashley has a wonderful family and I have come to realize that they are her biggest supporters. 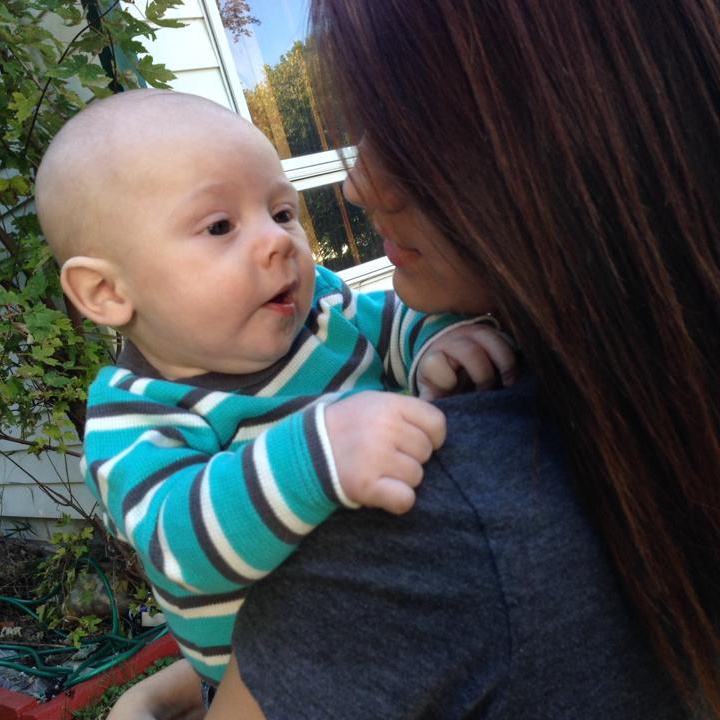 Ashley’s rapist was 17 years old and happened to be a friend of her brothers at the time.  He was convicted and charged as a juvenile so the judge decided to only charge him with molestation.  Being that he was a minor a charge of molestation instead of rape might seem reasonable to some but sadly, this was not his first offense but it was his third.

He had been charged with molestation for two other girls he had raped besides Ashley.  He didn’t spend any time in jail for his crimes and his punishment was probation, drug testing and sexual aggression classes.  Since Ashley’s rapist was charged as a juvenile he does not have to register as a sex offender.

When Ashley went back to school she was shocked to learn that her rapist was allowed to attend the same school with her as if nothing had ever happened.  Instead of removing her perpetrator from the school she was given the option to go to an alternative school.  This seemed unfair to almost everyone since she is the one who has to make all the adjustments.  She plans on returning to the main school as soon as possible.  However, until her rapist is removed, she feels this is the best decision for her. In August I invited Ashley to go on a 2 day vacation with me and my 14 year old daughter.  Ashley’s mother Kristi volunteered to watch Aiden so that she could come with us.  Even though Aiden is a blessing for her and everyone in her life I feel it is important that Ashley enjoys life as a teenager should.  She didn’t ask to be raped, she didn’t ask to be a mom, but she has accepted the role that God chose for her.

Ashley’s positive attitude is what makes her so unique as she is always looking for the best out of every situation.  Aiden is growing and has started to try to crawl.  He loves his mom, loves to sing and loves to have his picture taken.  It is hard to not fall in love with Ashley and Aiden when you come into contact with them because she is so positive.

Ashley would like to thank everyone for all the prayers and gifts through the last 6 months.  Her family says that the diapers and formula that are being donated are helping them out tremendously.  Ashley’s mom wants to thank everyone publicly.  Here is a short message from her. “Thank you everyone for all the prayers and support for my daughter Ashley and my grandson Aiden.  Monica from Save The 1 is amazing and has made such a difference in our lives.  Honestly without their help I don’t know how we would make it through.  Thank you all so much from my family and thank you Monica for all the hard work and dedication!!”

Ashley’s advice to young girls is “Always stay strong and remember your not what happened to you in your life, your what you choose to become.”

If you would like to donate diapers, wipes, baby food or formula for Aiden please visit www.MonicaKelsey.com and click the donate button with Ashley and Aidens picture. 100% of donations go to Ashley and Aiden.