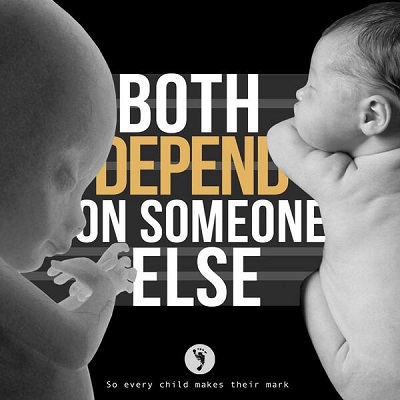 I have previously explained two good arguments for the pro-life position, the Substance View and the Future of Value arguments. I would like to share with you a third.

It’s an argument that Alexander Pruss has termed an identity-based argument. Stephen Napier defends a similar argument which he has termed the Unity argument, but my exposition of this argument will follow Pruss’ essay I Was Once a Fetus: An Identity-Based Argument Against Abortion, with additional notes by Napier where appropriate. I will merely be giving a basic exposition of the argument; I would recommend reading the essay for a more robust defense, as well as answering potential objections to the argument.

If that’s the case, then where is that fetus that I came from? There are only two possibilities: either the fetus I came from is now alive or it is now dead.

So the fetus (F) must still be alive. Every biological part of F developed into me. Since F developed into me, F has become all of my body. I can’t separate out one part and say “that is F.” So while F exists, I also exist. This means that I cannot be an organism because there cannot be two organisms that have the same body. So if I am an organism, I am F. But if I am not F, then I am not an organism. This would also mean that I am not a rational animal, because I am distinct from F, and this is an absurd consequence because human beings are rational animals. If we are rational animals, then we are organisms.

Napier points out other absurd consequences that follow from the position that the fetus is still alive but I am not the fetus. Persons do not have sexual intercourse, their bodies do. It would also mean that rape is merely a property crime, not a crime against a person. It would also entail that two numerically different entities occupy the same place at the same time, which violates a plausible law of physics.

So if the fetus is not alive, then it must be dead. But what happened to it? When did it cease to exist? It could have ceased to exist if the fetus was truly a part of the mother’s body, since if something is a part of your body and is cut off, it dies. According to Aristotle, if you cut your finger off, it remains a finger in name only; it is no longer the same entity it was before since its essence was to be a part of your body. So the fetus could have died when it was removed from the woman’s body at birth.

But this is highly implausible. The law of transitivity states that if A is a part of B, and B is a part of C, then A is a part of C. For an example, if your finger is a part of your hand, and your hand is a part of your body, then your finger is a part of your body. So if the fetus is a part of the woman’s body, then she would have two heads, twenty fingers and twenty toes, four eyes, two noses, and roughly half the time male genitalia. Plus there are scientific reasons for denying this, such as the fact that the fetus has a different genetic code than the woman does. Additionally, the fetus is not controlled by the woman via the umbilical cord, and the fetus does not work toward the good of the mother’s body in the way that the rest of her body does, as a unified whole with each part fulfilling a certain function to keep the woman’s body functioning properly. There may be some benefit that the fetus has for the woman, such as through a process called microchimerism in which the mother and fetus exchange cells and may have certain health benefits. But the fetus remains a wholly separate entity. So in no way can the fetus be said to be a part of the mother’s body.

Napier also points out that the fetus was merely carrying out its self-directed development. So the fetus would have died because it gains the ability to think, but this is absurd because things don’t die when they gain an ability the development of which is rooted in the thing’s developmental program or plan. So the fetus can’t be dead.

So it seems clear that the fetus, itself, is still alive because every organic part of the fetus developed into me; but it is equally clear that I am identical to the fetus that was in my mother’s womb. If I am not identical to that fetus, it leads to many absurdities. So the Argument from Identity goes something like this (I’m working off an outline by Stephen Napier here):