The frantic search is continuing for the son of columnist Jeff Jacoby, a pro-life Jewish Boston Globe columnist whose son has reportedly gone missing.

As LifeNews reported, Bostonians, Jewish groups and friends of Jacoby’s on Twitter have been actively posting messages trying to get more information to

help authorities. Jacoby’s son Caleb is an 11th grader who has been missing from his Brookline, Massachusetts home for 24 hours. Information LifeNews gleaned from tweets indicates Jacob’s son has not been sen since 12:30 on Monday afternoon.

Jacoby himself Tweeted early Wednesday in appreciation of the outpouring of support, saying, “We are so deeply grateful for everything being done to reunite us with our beloved son Caleb.”

He followed that up yesterday, by saying he can’t believe the outpouring of support.

“Never have the words “prayers” & “praying” so dominated my email inbox. The outpouring of concern for Caleb has been incredibly heartening,” he tweeted.

Never have the words “prayers” & “praying” so dominated my email inbox. The outpouring of concern for Caleb has been incredibly heartening.

Caleb Jacoby, 16, has been missing since midday Monday. Police believe Caleb, an 11th-grader at the Maimonides School in suburban Boston, may be a runaway.

ABC6 in Providence reported Wednesday afternoon that there have been “several reports” placing the teen in Providence on Tuesday evening. No further details were reported.

Some 200 volunteers, including friends and neighbors of the family as well as members of local Jewish groups, continued to search throughout the Boston area in a coordinated effort on Wednesday. The effort was spearheaded by the Maimonides School.

Jeff Jacoby is a talented pro-life writer who, in 1997, penned a beautiful message to his newborn son:

You are only 16 days old, and virtually everything about you is still a mystery. Are you smart? Are you strong? Are you lucky? Already my love for you is more intense than I thought possible — and yet I know almost as little about you as you know about me. 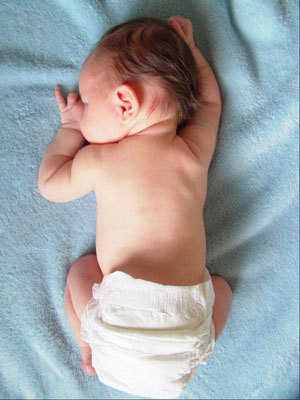 I have no idea what color your eyes will be, or when you will speak your first word, or which of your parents you will more closely resemble. I don’t even know when you’ll next need to be nursed.

But I do know what I want you to be when you grow up.

I want you to be good.

For what this world badly needs is more decent and ethical people.

You have made your appearance at the tail end of a century that has broken every record for evil and cruelty. Our era, with its world wars and gulags and killing fields, with its rape camps and drug gangs and child pornographers, has collapsed forever the illusion that there is a limit to the atrocities of which human beings are capable. And for human atrociousness there is no cure — except the cultivation of human goodness.

You have spent your first 16 days in a cocoon of love and safety. But don’t be fooled. Outside your cocoon, the world can be a dangerous and hateful place.

Last week, as you were circumcised at your bris, your father’s father cradled you — his 12th grandchild — in his arms. On one of those arms is tattooed a blue number: A-10502. That number came from a place called Auschwitz. In time you will learn for yourself just what transpired at Auschwitz. But this much I can tell you now: Auschwitz is what happens when parents don’t train their children in goodness.

And make no mistake: Goodness takes training. Nobody is born naturally good — not even you, innocent as you are. Nobody is born naturally evil, either — not even the people who tattooed your grandfather. Human beings start out with little more than drives and appetites, some inclining them to good, others tugging them toward evil. Your mother and I will have to work at cultivating your good tendencies — and work even harder at suppressing your bad ones. If we raise you well, you will grow to be kind, honest, and moral. You will have integrity and character. You will not treat others as you would wish them not to treat you. You will know the meaning of right and wrong and be able to choose between them.

But your parents can only do so much. We would walk through fire for you, Caleb , but ultimately you must do the work of shaping your character. Do you know where the term “character” comes from? It derives from the Greek “charassein,” meaning to sharpen or engrave. Morality and integrity have to be honed and practiced, etched into your nature, one good deed at a time. And just wait until you find out how stubborn and unyielding your nature can be! As you will discover, nothing in this life requires more strength than self-discipline. As the Jewish sage Ben Zoma famously said: “Who is mighty? He who can conquer his inclinations.”

For thousands of years, Caleb, our people have been taught that nothing matters more than being good. Not riches, not fame, not education, not success. “What does God require of thee,” the prophet Micah pleaded long ago, “but to do justice, and to love kindness, and to walk humbly with thy God?”

When you are a little older, I will teach you about Rabbi Akiva, a towering figure of the 2nd century. He lived an exemplary and amazing life before dying a courageous martyr’s death. Rabbi Akiva said that of all the rules and commandments in the Bible, none is more important than Leviticus 19:18: “Love thy neighbor as thyself.”

You are so tiny, little one. You have so much growing to do. As I cradle you in my arms or watch you sleep in your crib, I pray that life brings you vigor and health, delight and fortune. Like every parent, I want you to do well. But more than anything else, I want you to do good.

Sixteen days ago, you entered this world. One day — far in the future, I hope — you will leave it. If I could wish for only one thing, it would be this: that you leave it better than you found it.

All my love,
Papa