When I discovered that I was conceived in rape, the uncontrollable emotions of anger and hatred filled my body for several months on into years.  I was literally “out to get” my birthfather and wanted to “make him pay” for what he had done to my birthmother.  As I learned to cope with and accept the truth, I eventually realized that the only way for me to be at peace was through forgiveness.  Forgiving my birthfather for the circumstances of my conception has proven to be one of the most difficult and emotional periods in my life. Only through the grace of God and the support of my husband was I able to accomplish this.

On a cold morning in January, I made a surprise phone call to my birthmother hoping to reconnect and answer questions that I have had for many years.  A few hours later my husband and I were making the three hour trip in the snow to visit the woman that placed me up for adoption 37 years prior. It was an amazing reunion and she was absolutely beautiful in every single way.  After visiting with her for a while, as I was holding my husband’s hand, I asked her “Who is my birthfather?” The look on her face is one I will never forget.

Her eyes squinted and an instant look of sadness had overcome her.  After a long uncomfortable silence, nothing prepared me for what I heard next.  It was like watching a movie about someone else’s life.  My birthmother began to tell me about a dark night in 1972 where she was brutally raped and left along the side of the road to die.  My heart sank as she was telling me this horrible story.  I could not immediately comprehend that she was describing the circumstances of my conception and I kept asking myself “What does this have to do with me?”  My husband’s hand started to grab my hand a little bit tighter.  She went on to say her mother took her to the hospital and then to the police station to press charges.  Her life was in a total tail spin and she was quickly falling into a depression.  Then a few weeks later her worst nightmare come true.  She found out she was pregnant with me.  As my birthmother sat in her living room telling me the graphic details I started to wonder how anyone could do this to another human being.  How could this man, or monster was a better word, force a woman against her will?

With advice from her mother, she went to a back alley abortion clinic hoping to “get her life back” and to forget what had happened.  After showing up to this “so called” clinic and while standing in front of the man who was going to take my life, she changed her mind.  She left the clinic and never looked back.  Her mother hid her from the outside world, she gave birth to me and never even looked at me.  She didn’t even know if I was a boy or girl.  At this point, I was so angry with this man who raped her, I didn’t even truly understood that he was my biological father.  That shock finally hit me for a few days later. 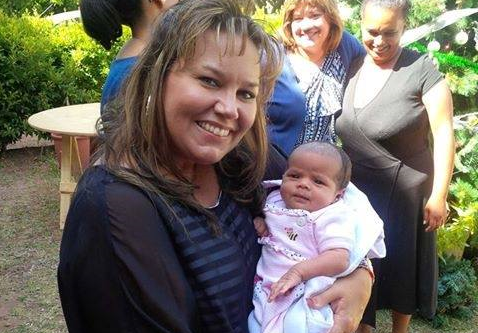 After accepting the truth I grew more and more angry with my biological father for what he had done.  My birthmother fell into a deep depression which led to alcohol and drug abuse for many years.  I wanted revenge on my birthfather for his mistreatment of my birthmother and these emotions eventually consumed my life for many months.
My birthmother passed away in March of 2013.  In one of my final conversations with her, I asked how she had felt about my birthfather.  Her response was shocking to me. She said “I had forgiven him a long time ago, he doesn’t control me anymore”.  She went on to say that he had controlled her life for so many years and she was finally strong enough to take her life back.  She then said something that I will never forget. She said “you need to forgive him and free yourself also”.  I smiled after she said this statement, for no other reason than the fact that she knew her daughter and she knew I was hurting.
Today, I live my life free and realize that forgiveness is the path to righteousness.  I pray for him and his family as well.  We all fall short of the glory of God sometimes and it’s an absolute blessing that we all have the power to repent because Jesus died for all of us, even my birthfather.  My birthmother once told me “it’s amazing how something so beautiful has come out of something so horrible”. I couldn’t agree more. God sometimes uses our deepest pain to be the launching pad to our greatest calling.  I am confident that many babies will have a birthday because of my birthmothers’ story and my courage to tell it!
LifeNews Note: Monica Kelsey always knew she was adopted, but it wasn’t until age 37 that she learned the circumstances of her conception. Monica’s birthmother was brutally raped and became pregnant at 17 years old. Even though abortion was illegal in 1972, she sought an abortion to get “her life back.” After being taken to a secretly located abortion facility, Monica’s birthmother had second thoughts because she knew the procedure was illegal.
You can follow her journey on facebook at www.facebook.com/mkprolife or to book Monica for speaking at your event visit her website at www.MonicaKelsey.com