All too often parents are told that their babies are “incompatible with life” and pushed towards abortion. Derbhille McGill and her husband Darren were told their baby would not live after birth, but the doctors were wrong. Baby Clodagh lived for 33 days.

“She was never, ever left on her own. One of us was always with her. She brought nothing but joy, nothing but love,” says Derbhille in a new video sharing the life of Clodagh and offering hope and healing to parents facing a similar situation.

At a time when the BBC in the north of Ireland are leading a charge to abort babies with serious disabilities, it’s so important to hear from parents like Derbhille and Darren and remember the love their precious child brought to their family and everyone she touched in her short life.

The 18th January 2007 was the day my life changed. I went for my 20 week scan with my husband and my youngest child at that time, expecting to find out what we were going to have but unfortunately we were told that our baby’s brain hadn’t developed right, similar to anencephaly. Of course, we were devastated. It was a cluster of abnormalities and her outcome would not be good, most probably she would die even before she was born.

We were devasted, in pieces, just couldn’t cope, our whole world had come to an end. Our wee girl I was having, I didn’t know what was going to be wrong with her, but she was inside me and I could feel her, she was moving, growing and kicking, our wains were able to touch her in my stomach.

Week before she was born, the consultant told me, she will only be 3 pounds and will most probably die as soon as she was born. But lo and behold a week later I gave birth to a 7 pound 1 oz baby girl who was absolutely beautiful. She had six fingers on each hand, so she had.

She had Trisomy 13, Patau syndrome, she had an extra chromosome 13, was incompatible with life and would die a few hours after birth.

But she came home and the joy that wee girl brought to this house. She had all her brothers and sisters, they got to nurse, change her, play with her, every night, she was never, ever left on her own. One of us was always with her. She brought nothing but joy, nothing but love. Our whole family every day, her uncles, aunts, all her cousins came to his house; everybody shared the joy of her live even though it was tainted with the sadness, every day we knew she was going to die.

And eventually she died, 33 days old, 3pm on a Friday afternoon, she died in her daddy’s arms.

How can anyone say that her life was worthless. 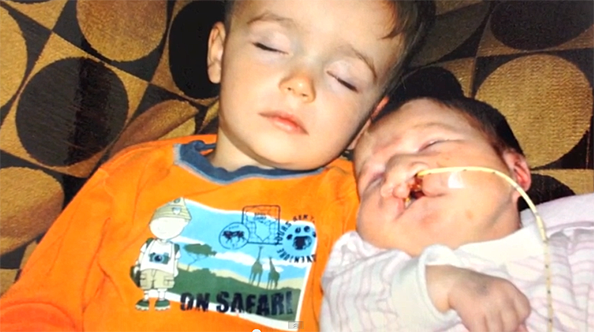 Clodagh sleeping beside her little brother 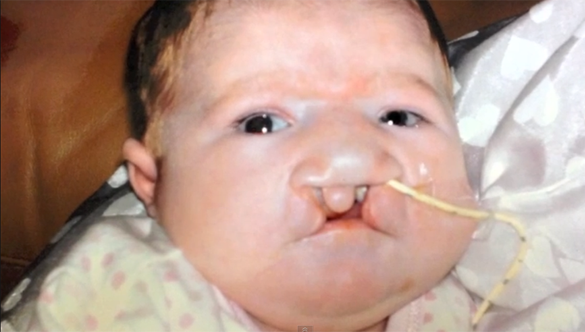 Clodagh lived for 33 days, she was loved and cherished by all her family

Derbhille and Clodagh in the hospital after she was born

Trisomy 13 or Patau Syndrome arises when the baby has an additional chromosome. Research has found that children with Trisomy 13 live on average for 7 days after birth, while almost 31% live for more than a month, and almost one in 10 live for more than a year. Mitchel L. Zoler, ‘Trisomy 13 survival can exceed 1 year’, OB/GYN News, March 1 2003