My Boyfriend Once Wanted Me to Have an Abortion, Now He’s Totally Pro-Life 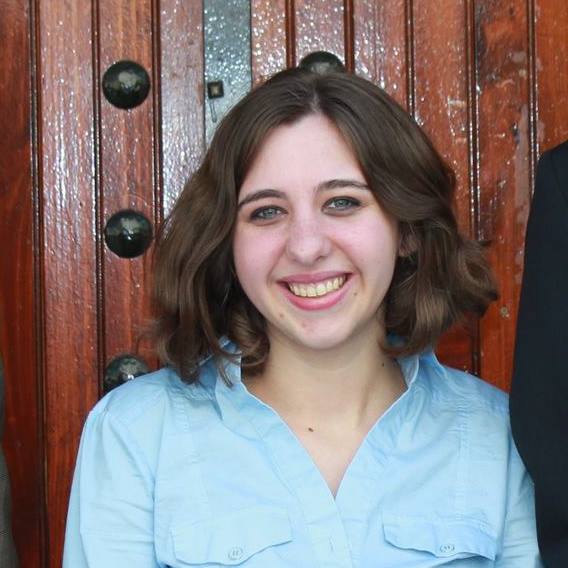 After all that has been going on in our lives, I am so grateful that my boyfriend and I are still together after two years. For those of you who have been following and reading my articles from the beginning, you may recall me making mention of my boyfriend in my very first article for Live Action News:

I hadn’t bothered finding out if my boyfriend was pro-life until we had been dating a few weeks; I had just foolishly assumed he was. I thought of letting the issue go, but then my own boyfriend told me that if I ever got pregnant, he would either convince me to get an abortion or break up with me. I knew that I couldn’t remain silent. By the grace of God, I was able to talk to him. He didn’t mean those things and was actually scared to defend his views. The bigger problem was that he didn’t know what other view he could have as an 18 year old male.

Now, all that is true, but it’s not the whole story. I had not only started dating my boyfriend before finding out if he was pro-life, but had been sexually intimate with him as well. It was well-known on campus that I was a member of College Republicans and Respect for Life, but I did foolishly assume that those I would choose to date would be pro-life as well, especially if they were conservative.

I asked my boyfriend what he thought of social issues, mainly on abortion. He was on the way to choir rehearsal and we did not have all the time in the world for such a discussion, but I didn’t think it would need to be a lengthy one. When he told me that he did believe in abortion, I hid that sinking feeling in my heart and let him. I would find a time to bring it up later. I was embarrassed to turn to the friends that I should have gone to for advice, and those I did turn to told me that it was no big deal. So I let it go. A week before Thanksgiving, two years ago, my irregular period made us really think.

I didn’t have a miscarriage, appendicitis, an ectopic pregnancy or anything like that. I just had some strange stomach pains which went away with painkillers. My boyfriend was relieved when I texted him this, but his relief bothered me.

As he said, it wouldn’t been good had I been pregnant. My boyfriend was only 18 as he said, “a good kid.” He also acknowledged that we had different beliefs on the matter, which could turn out to be problematic. I told him then that in that case I was very glad that it was my uterus because he would not be able to convince me. But, he didn’t think that he could stick around with a pregnant girlfriend or be a dad. While I certainly wasn’t fine with what he said, I told him that whatever he did, I would stick to my decision. While the timing was regrettable, our conversation was cut short with him having class.

I considered ending everything right there. I did not need a boyfriend who was pro-”choice.” I finally turned to a friend I should have turned to from the beginning, who was the vice president of the Respect for Life club. She said I could do whatever I wanted, but that she would want a boyfriend who wold not only stand by her as a fellow pro-lifer, but who would raise their children according to the same pro-life beliefs.

It felt strange meeting my boyfriend for an early dinner. I couldn’t look at him the same way, especially when he was talking to our mutual friends who were advertising sign-ups for the March for Life.

When we got back to his dorm room, I made sure that we had that talk. I told him that he could not say those things to me. And he knew, right off the bat. As I wrote in my first post, “[h]e didn’t mean those things and was actually scared to defend his views. The bigger problem was that he didn’t know what other view he could have as an 18 year old male.” I told him that he didn’t need to be scared if he really held such views, especially since we were going to hold them together. He agreed and also said that he would not be able to abandon me. I reminded him how babies didn’t come only out of ideal situations. However not ideal such a situation would be, it would still mean that our baby was a gift from God and something that we had created. It was important to stand by a pro-life conviction though because all babies are a gift from God.

I was glad that I had given my boyfriend a chance, that God gave me the strength to talk this over rather than me just ending the relationship on the spot. Such a relationship has not only continued to flourish for around two years now, but has involved and been based on pro-life activities and beliefs, those which we hope to carry on while raising children someday. We’ve joked that he likes to focus on economic issues, and he let’s me defend our stance on social issues, particularly on abortion. He has admitted though that he has certainly developed and evolved to be as pro-life as he is now by being with me, and also that he couldn’t really think of the issue in any other way after dating me for so long.

The concern over an irregular period may have been unnecessary. I am eternally grateful for the opportunity provided though for my boyfriend and I to discuss the pro-life position, and to come to be on the same page. The view I used to hold on conversions was admittedly a pessimistic one. I thought people converted rarely and after much soul searching. While my boyfriend’s change of heart and mind did only take a few hours after he was presented with the situation, I do believe it was genuine. And such a change in him gave me a boost as well. I had helped lead him to this view by having this discussion with him. If I could help someone see the light, couldn’t anyone then?

I also often think about how interesting it is for those who have converted to pro-life beliefs. I have always held my beliefs; I never needed to be converted. But my boyfriend and others like him, however their stories may differ, bring something very interesting to the movement.

Whatever my boyfriend has once believed I am so proud of him now for what he believes and for what he is doing for the pro-life movement today. I hope that we can continue to share our powerful story together of conversion and the importance of pro-life relationships.

And so, just as last Thanksgiving I expressed thanks for having a pro-life boyfriend and the opportunity to reach others through my writing at Live Action News, I am again thankful.