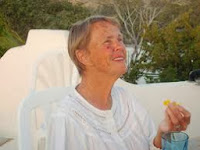 The Euthanasia Prevention Coalition (EPC) requested to intervene in the Bentley case. Later this week, the plaintiffs will argue against the EPC intervention, while our legal team will argue in favour. A three day trial has been set for mid December.

“To the extent that (the patient’s living will) constitutes an instruction to assist her in committing suicide, it cannot be enforced without the commission of an offence …,”

The case concerns a statement in a living will document, signed by Bentley in 1991, stating that if she had an incurable condition that she would not want nourishment or liquids.

My records show that the document states that she didn’t want nourishment or liquids by artificial means, which is interpreted as tube feeding.

The article also reported that the defendant has introduced a more recent living will signed by Bentley that states:

“I accept basic care however and request aggressive palliative care, drugs or any other measures to keep me free of pain or distress, even if they shorten my life.”

John Bentley, Margaret’s husband, claims that the other living will must have a forged signature and her daughter stated that her mother never discussed that there was another living will.

The article then quotes from the affidavit by Gina Gaspard, a gerontology nurse for Fraser Health who stated:

“while patient autonomy is a fundamental principle in health care, the goal of feeding Bentley is not to prolong her life but rather an activity of daily living meant to keep her comfortable.

Bentley is still being spoonfed because she can still swallow. When she doesn’t open her mouth to the tap of the spoon, she is not force-fed.”

The EPC intervention application proves that ‘spoon feeding’ is recognized internationally as basic care and not medical treatment. We are also concerned that people continue to have the right to change their mind. Bentley is not being forced fed.

The Bentley family is asking the BC Court to re-define spoon feeding as medical treatment in order to force the nursing home and Fraser Health to stop feeding Bentley by spoon.

If spoon feeding is defined as medical treatment, then everyone with dementia will be at risk of having their power of attorney decide to stop feeding or hydrating them, even when they can swallow effectively.

This case concerns the right of vulnerable people to eat.

Links to similar articles.
If spoon feeding is no longer a right, I will be afraid for my life.
British Columbia court to hear spoon feeding case.
Mild stroke led to mother’s forced death by dehydration.