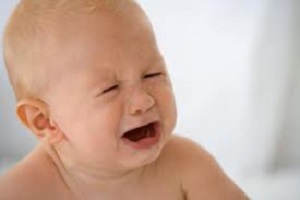 Last week NRL News Today ran a series of stories that illustrate (yet again) the capacity of pro-abortionists to shamelessly say anything. As I re-read the stories this morning, they reminded me of a 776-word-long op-ed that appeared a while back in the New York Times written by Susan Heath. In it we see Heath pining for the “good old days.”

Which were in 1978–five years after Roe v. Wade was decided!–a time when she was 38. Heath already had four sons and (she tells us) she’s “about two and a half months pregnant.” Five words summarize where she was at: “I don’t want this child.”

Give Heath credit. None of the usual diversionary stuff. She writes that little babies are cute—indeed, “I delight in newborn babies with their delicate weightlessness, the curl of their small fingers around my thumb.” What’s the best thing about them now? “[T]hey belong to other people. I don’t want to bear them, feed them, bring them up, be responsible for them.”

Put more straightforwardly, “I’ve got other things to do,” adding later by way of further clarification, she was “on a different track now.”

And in the good old days she gets back on track by zipping down to the non-judgmental, protestor-free Planned Parenthood clinic. There Heath has the abortion which is “really not so bad; in fact it’s not as invasive as going for monthly checkups when you’re pregnant. They’re kind, they tuck me up under a blanket and say my husband can pick me up soon and take me home. I’m fine.”

She gratefully sends PPFA a donation of several hundred dollars, and why not? “Having the abortion released me from the burden of the added mothering I could no longer undertake and allowed me to do the best mothering I could.”

Which is an interesting almost-conclusion, because the next two paragraphs speaks volumes.

“Two years later, I’m driving upstate by myself. I look down and think that if I hadn’t had the abortion, there would be a baby seat next to me with a small child in it, resting comfortably, knowing it would always be safe because I was in charge. It might be a girl — I would have liked to have a daughter in the family mix.”

“But I’m not grieving over the absence; I don’t have and never have had a single qualm about not bringing that child into the world. I know many women who have grieved greatly over the children they decided not to have, and I am thankful to have been spared that agonizing sadness of guilt and regret. I also know many women who, like me, have felt only gratitude and relief at having been able to take control over their lives safely and legally.”

On the one hand, had she not aborted the child (which she did without “that agonizing sadness of guilt and relief”) the child would have been “[R]esting comfortably, knowing it would always be safe because I was in charge.” On the other hand, she tells us she feels only “gratitude and relief” for being able to “take control” of her life how.

Better put, by taking control of the baby’s life.