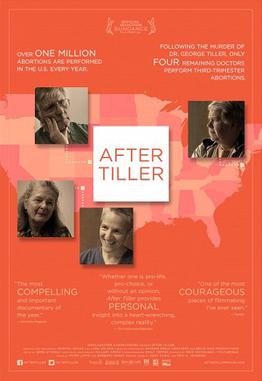 There’s one key reason a woman chooses to abort her baby: to be a good mom – at least according to Susan Robinson, a third trimester abortionist featured in the documentary film “After Tiller.”

During a HuffPost Live “A World ‘After Tiller’” panel moderated by Nancy Redd, host and producer of the outspokenly liberal HuffPost Live, and featuring “After Tiller” Directors Lana Wilson and Martha Shane, Robinson announced that, “People have abortions because they want to be good mothers and they know that they cannot mother this pregnancy adequately.” Video Below

“After Tiller,” a Sundance praised film in theaters September 20, follows the last four third-trimester abortionists in the U.S. “who risk their lives every day in the name of their unwavering commitment toward their patients.” Well, half of their patients. The other half are, you know, killed.

A good candidate for abortion, Robinson suggested, is a baby with brain defect preventing talking or walking. She clarified, “Some women could deal with that, some women feel that they could not parent a child like that. Those are the kind of reasons that people have third trimester abortions.”

With a coat hanger necklace dangling around her collar, Robinson related that, “women [who] come knowing that they cannot do a good job parenting” appeared “pretty much universal.”

To Robinson, abortion is the only option. “We have a lot of patients who come in and say ‘I just can’t afford another baby. I’d love to have this baby, but I can’t afford it.’ Where’s the help for those people if they want to not have an abortion? There is no help.” The more than 4,000 Crisis Pregnancy Centers in the U.S. must have slipped her mind.

Redd, who introduced Robinson, gushed, “You have such an interesting story.” Her opinion of the movie was no secret: “Of course, this is fantastic! I’ve been dealing with this issue since I was a women ’s studies major.” (Surprise!)

She explained her enthusiasm for the film, exclaiming “people have an idea about a third trimester abortion and then they see the reality in the film.”

The panel went on to address fetal pain (a “political red herring”), pro-life “hypocrites” who abort and Jezebel’s “poignant” piece by an illegal abortionist.