The Equal Rights Trust reported that Belgium is in violation of the rights of highly dependent people with disabilities.

The following article was originally published by the Equal Rights Trust. 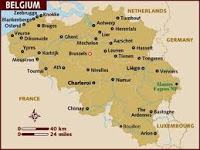 On 29 July 2013, the decision of the European Committee on Social Rights in International Federation for Human Rights (FIDH) v Belgium was made public. The Committee, in its decision dated 18 March 2013, held that Belgium’s inadequate provision of care and accommodation for highly dependent persons with disabilities amounted to a violation of their right to benefit from social welfare services (Article 14) and their right to non-discrimination (Article E) under the revised European Social Charter of 1996.

The collective complaint was brought by FIDH on behalf of highly dependent adults with disabilities (“the persons concerned”) and their families against the Belgian state, due to a concern about a “severe shortage” of accommodation for the persons concerned and its impact on them and their families. FIDH alleged that the Respondent’s failure to ensure sufficient accommodation amounted to: a failure to provide effective access to social and medical assistance, social services and housing; a violation of the right to independence, social integration and participation in the life of the community; a lack of social, legal and economic protection against poverty and social exclusion; and discrimination.

The Respondent denied any breach of the Charter. It pointed out that its federal structure meant policies often originate at a regional or community level. The Respondent also argued that it had taken significant steps including increasing the budget for provision of community services for persons with disabilities and that, in the current economic climate, it would not be reasonable to expect it to spend more in this area. It stated that persons with the severest disabilities are better subsidised than others and that its extremely varied range of social services options on offer meant it was in conformity with its obligation to progressively realise Charter rights.

The Committee held that the Respondent was responsible under Article 27 of the Vienna Convention on the Law of Treaties for any failures which arose as a result of delegating its Charter responsibilities to a local level. It held that:

The Committee also found that the Respondent’s failures amounted to discrimination in violation of Article E of the charter. It held:

The Committee did not find violations in relation to the other claims made by FIDH.ERT welcomes the strong position the Committee has taken in relation to the positive obligations of the state in the provision of social services to particularly vulnerable groups such as the highly dependent persons with disabilities in this case.