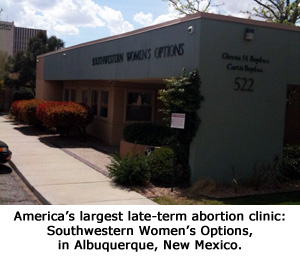 The Albuquerque city clerk has certified that more than enough valid signatures have been verified on a legislative petition submitted by pro-life groups that would create a city ordinance banning abortions after 20 weeks, or 5 months of pregnancy, in Albuquerque, New Mexico. The matter has been forwarded to the city council for further action.

This ordinance, known as the Pain Capable Unborn Child Protection Ordinance, is unusual since it is the first time citizens have attempted to limit late-term abortions on the municipal level. Albuquerque is the site of Southwestern Women’s Options, the largest late-term abortion clinic in the U.S. and has been known to do abortions through all nine months of pregnancy.

“We are confident it will pass on a special election ballot. However, in order to save the city money we will ask that the City Councilors adopt the ordinance. The people have spoken – 27,000 in 20 days,” said Tara Shaver of Project Defending Life.

“If the city wants to be fiscally responsible, it will save the taxpayers the cost of a special election by approving this late-term abortion ban since it shows an even wider support among Albuquerque citizens than other petition measures directly adopted by the council,” said Cheryl Sullenger, Senior Policy Advisor for Operation Rescue. “It’s time for elected representatives on the council to heed the voice of the people.”

Recent ABC/Washington Post poll showed heavy support for late-term abortion limits like the one proposed in Albuquerque with 56% approving such laws.

Along with protecting the lives of babies that are viable and can feel pain, the ordinance would also protect the lives and health of pregnant women that are placed at risk during late-abortions now available in Albuquerque. Nearly a dozen 911 calls placed over several months document all-too-frequent abortion-related medical emergencies at Southwestern Women’s Options.

To further document the very real dangers of late-term abortions, Shaver obtained a consent form given to late-term abortion customers by Southwestern Women’s Options, which confirms that abortions after 18 weeks gestation carry higher risks to the women than birthing a full-term living child.

“Late-term abortion is a barbaric process that has no place in civilized society. It devalues life and subjects women to dangerous, substandard practices that can result in catastrophic complications and death,” said Sullenger. “We pray the people of Albuquerque will restore the respect for life and human dignity in their community by adopting the Pain Capable Unborn Child Protection Act.” 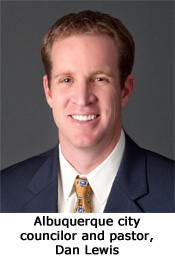 Since women from all over the U.S. travel to Albuquerque for late-term abortions, this matter is a national one. We encourage the public to contact the Albuquerque City Council and voice support for the council to directly adopt the Pain Capable Unborn Child Protection Ordinance. If you can only contact one person, please contact Dan Lewis, president of the council. Lewis also pastors Soul Rio Church, yet has been reticent to show leadership in adopting this ordinance that would alleviate the suffering of the innocent.

LifeNews.com Note: Cheryl Sullenger is a leader of Operation Rescue, a pro-life group that monitors abortion practitioners and exposes their illegal and unethical practices.