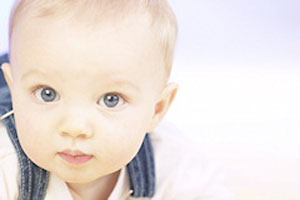 How often do you hear a child disposal apologist repeat the talking point that abortion is safer for the mother than childbirth?

It’s never been quite the showstopper they hoped for, since annual pregnancy-related deaths in the United States (650) are less than a thousandth of 1% of the annual number of live births (3,953,590), because it seems like a new abortion mill is being busted for health violations almost every week, and ultimately because it wouldn’t change the fact that abortion’s mortality rate for the baby is virtually 100%.

Now, I know this may come as a shock to you, as pro-aborts are typically paragons of honesty and integrity, but it turns out that that fact might not be so factual after all.

Via Personhood Education comes word of a new study by Dr. Byron Calhoun, vice chair of West Virginia University-Charleston’s Department of Obstetrics and Gynecology, and published in the peer-reviewed Catholic medical journal Linacre Quarterly, has reviewed US data on abortion-related deaths and declared the talking point essentially groundless. Here’s the study’s full abstract:

It was quoted recently in the literature that “The risk of death associated with childbirth is approximately 14 times higher than with abortion.” This statement is unsupported by the literature and there is no credible scientific basis to support it. A reasonable woman would find any discussion about the risk of dying from a procedure as material, i.e., important and significant. In order for the physician‐patient informed consent dialogue to address this critical issue, the physician must rely upon objective and accurate information concerning abortion. There are numerous and complicated methodological factors that make a valid scientific assessment of abortion mortality extremely difficult. Among the many factors responsible are incomplete reporting, definitional incompatibilities, voluntary data collection, research bias, reliance upon estimations, political correctness, inaccurate and/or incomplete death certificate completion, incomparability with maternal mortality statistics, and failing to include other causes of death such as suicides. Given the importance of this disclosure about abortion mortality, the lack of credible and reliable scientific evidence supporting this representation requires substantial discussion.

Personhood Education relays some of the report’s more specific findings:

1. Abortion is underreported by a factor of up to 50% when complications arise, making data unreliable.

2. Abortion-related mortality is demonstrably underestimated. Additionally, “indirect abortion-associated deaths,” such as “substance abuse, depression, anxiety, and suicide” arising from abortion, ”are likely to be many times higher than those deaths directly caused by obstetric complications.”

Gee, who would have guessed that aborting a biological process by violently ending the life of the person it creates wouldn’t be safer than letting it naturally run its course? And how were we supposed to anticipate that abortionists’ complication reporting might be anything less than sterling?

Given the sputtering rage pro-aborts level at pro-lifers for our alleged willful ignorance of science and evidence, I’m sure all of our pals at Slate, Salon, RH Reality Check, NARAL, Jezebel, Vanity Fair, ThinkProgress, etc. will all acknowledge Dr. Calhoun’s findings and amend their future arguments accordingly, right? Right?

I’ll pause for a minute for you to wipe up the beverages most of you just spit at your keyboards.

The truth is, their self-serving odes to evidence have always been a lie. The defense of abortion is built on lying about virtually every factual question the issue contains—what the embryo biologically is, whether there’s evidence for fetal pain, what happened to women without legal abortion, what the Constitution says about abortion, how crisis pregnancy centers treat women, how the percentages of Planned Parenthood services actually break down, whether “respectable” pro-abortion institutions enable the criminal ones, whether abortion carries risks to physical and mental health, whether abortion restrictions are effective, and more.

So while abortion may not be safer than childbirth, to be fair, there is more evidence for that claim than for the claim that abortion defenders have scruples.