In a column yesterday, the NYT’s Frank Bruni tried to examine what the various mindsets are behind the “roots of rape” in America. He cited an author and psychology professor who blamed trivial things like the phrase “you throw like a girl”, and who also foolishly tried to blame the pro-life movement for ‘disrespect of a woman being able to control her own body’ – to paraphrase (via Newsbusters’ Matt Vespa by way of Memeorandum):

“We start boys off at a very early age,” Kilmartin told me during a recent phone conversation. “When the worst thing we say to a boy in sports is that he throws ‘like a girl,’ we teach boys to disrespect the feminine and disrespect women. That’s the cultural undercurrent of rape.”

Boys see women objectified in popular entertainment and tossed around like rag dolls in pornography. They encounter fewer women than men in positions of leadership. They hear politicians advocate for legislation like the Virginia anti-abortion bill that would have required women who wanted to end pregnancies to submit to an invasive vaginal ultrasound.

“Before you make a reproductive choice, you are going to be required to have somebody penetrate you with an object,” he said. “That’s very paternalistic: we know what’s right. You’re not in control of your own body.”

I posted the link to this article on my Facebook page, and received the following response from reader LH, who was spot on: 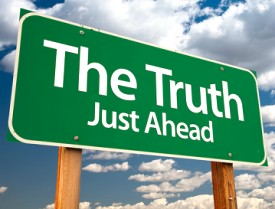 Wow … talk about totally not getting it. Both abortion and birth control have allowed women to have sex without worry of getting pregnant and having an unwanted baby. Sounds good, yes? Let’s expand on that notion a bit … it allows women to have sex with men who are not committed to her, who may not even care for her all that much, and heck, might not even know her name. By placing herself in such an intimate environment with a man who is not a loving husband, she puts herself at enormous risk of emotional and physical abuse and violence. Abortion and birth control have been the greatest gift to men in all of history … sex without commitment, caring or consequences. Just wham, bam, thank you ma’am and please take care of any messes I might make. We won’t even get into the whole psychological ramifications of the twisted male-female relationship in these casual flings … No, sorry. It is the sexual revolution that these feminists hold so dear that promotes violence against women.

There are, of course, cultural outliers that contribute to the mentality that it’s “ok” to rape a woman, like the  depiction of females as mindless, submissive sex objects in magazines and broadcast media, but ironically it’s the 60s style “free love” type of “feminism”, the kind that taught a generation that it was “ok” for women to lower their standards when it came to relationships to the point that sex became nothing more than part of a laundry list of things that a woman “must” engage in during the course of the day to “satisfy” her baser urges … and who cared if she knew her partner or not? – that fostered the dangerous mindset among a minority of men that a woman is “begging for it” – even when she’s not.

ST reader Severian wrote a comment related to all of this back in July 2009 that has stuck with me ever since:

This kind of  [brutal, radical Islamofascistic] behavior is particularly repulsive to those of us raised as traditional Southern gentlemen, that is that women are special, not inferior, but superior in many ways. I was always taught that women deserve special treatment, politeness, respect, not because they are incapable of opening their own doors, etc. but as a sign of respect. They civilize us men a great deal, and add stability and grace to our society, and are the bearers of our children and future.  To me, raised as I was, mistreatment and denigration of women, especially rape, are just horrendous, with rape being one of the worst crimes a man can inflict on a woman.

Ignore what “feminists” want you to believe about the modern man.  While there are scum balls out there who don’t listen when a woman says no, most men view and respect women in the manner described by Sev above, even though some of them  have a strange way of showing it.  If they don’t feel that way, they need to learn it.  Ladies, it goes without saying that if you come across a guy who gives all indicators that this is not how he feels about you and women in general … and furthermore shows no signs of wanting to change his opinion, run. ASAP.

Back to the column, blaming, in part, the pro-life movement for the so-called “disrespecting” of the control a woman should have over her body ignores the sad reality of what pro-choice “feminists” have inadvertently enabled. Pro-lifers, in actuality, try to encourage a woman respect her body enough to not to give in to the demands our “modern” culture puts on her to “put out” every opportunity she gets.

The fact of the matter is that there are guys who are going to be the stereotypical “horn-dog” and try to get laid as often as possible (with willing women), and that’s their (bad) choice. It’s one they really SHOULD resist, ideally.  Whether they do or not, though, women should choose the safest path possible on this issue because in the long run, that’s what’s better for their body AND their state of mind and self-respect. It’s time the “experts” – and “feminists” – came to terms with this. The sooner the better, so we can all work together to try and undo the damage the sexual revolution unwittingly unleashed.