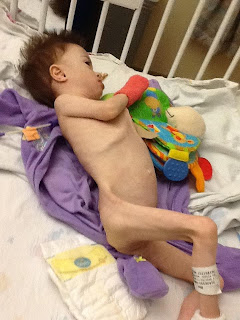 I gasped the first time I saw her photo. Limbs splayed out across a metal crib, the little girl’s ribs nearly poked out of her chest. Her striped socks — the only piece of clothing she wore on her emaciated body — nearly fell off her miniature feet. And her thighs and arms! They looked no larger than my fingers. This girl looked like she had just crawled out of Auschwitz or Dachau, not a government-run children’s home.

Then I saw her statistics and blinked twice. Sophia, a nearly-four-year-girl from Eastern Europe, weighed ten pounds. Ten pounds at four years old. That’s how much my brother weighed at birth, not when he entered preschool!

As a volunteer with Reece’s Rainbow, an adoption advocacy agency that works with special-needs children all around the world, I know the statistics, have heard the stories and have even met the evidence: children who have any special need — whether it be Down Syndrome, spina bifida, cerebral palsy, HIV/AIDS, albinism or even a cleft palate — often get a raw deal, especially in other countries. That translates into less food, education, resources and love for children from societies who simply don’t know better. Parents who birth Down Syndrome kids like Sophia sometimes think the babies cursed and better forgotten in an institution. Or, at the very least, they are a burden and should be treated as such.

Thanks  to Sophia’s extra chromosome, that’s exactly the fate her Eastern European country handed her. She had been abandoned to a life of slow starvation of both body and soul. If you asked the average joe on the street, he or she would probably say death would be a kinder fate than the life Sophia was living.

And yet, Sophia was wanted. My friend Lauren and her family brought her home to the West Coast last year. With some careful nutrition and boatloads of love, she went from this… 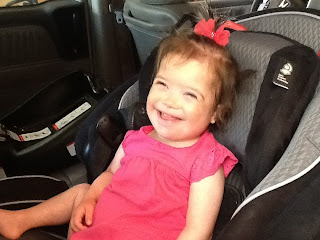 Today, Sophia is a happy, smiley girl who fits in with her family wonderfully — and most importantly, has nearly doubled her weight!

When I hear a pro-choice friend say, “I think abortion should be legal because I want every child to be a wanted child,” I tell them Sophia’s story. And Dasha’s, Emily’s, Gary’s, Marnie’s and the many, many other children who have found forever families with my friends in the last few years. All have Down Syndrome or some other condition that labeled them “unfit” from birth. And yet every last one is not only wanted, but cherished and sought after like a priceless treasure. (And thanks to the cost of adopting internationally, these kids literally are worth their weight in gold!).

When I meet up with my Reece’s Rainbow buddies, it’s always the same story: we all want to bring a certain child home, but the money holds us back. If it weren’t for finances, I’m fairly certain there would be no kids listed because they would all be taken the moment they become available. (And yes, I realize domestic foster care and adoption are options; my own family and many of my friends have taken that route).

When a society deems its smallest, most vulnerable members unworthy of basic essentials like calories and compassion, it passes on that attitude to its struggling parents. Perhaps these men and women don’t have the resources or education to realize that raising a special-needs child isn’t a death sentence (or sometimes, they do. One of my friends adopted a beautiful girl with Down Syndrome last year whose biological mother is a lawyer).  But Lauren and all other adoptive parents are proving the pro-choice rallying cry of “Every child a wanted child!” to be completely false.

Every child IS a wanted child. And Sophia is proof of what a discarded human can do despite his or her biological beginnings. 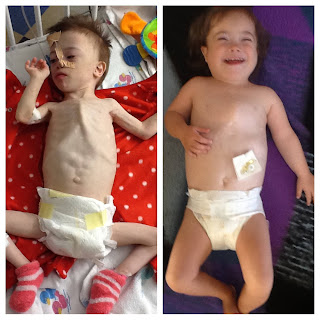 Recently, PETA (People for the Ethical Treatment of Animals) asked my hometown for permission to erect a statue of a 250-pound banged-up chicken at a very busy intersection. Check it out: 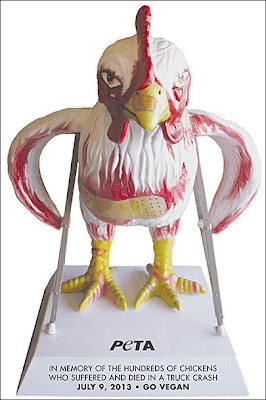 The statue commemorates the hundreds of chickens who perished in a very grisly (for the chickens, anyway) crash last month. The city, citing safety concerns, denied the request.

Though the story made me laugh (and just for the record, I had one very spoiled pet chicken growing up), I couldn’t help but wonder what the public’s reaction would be if we put a similar statue in front of the local Planned Parenthood. “In memory of the thousands of children who suffered and died in a morality crash. Every day since January 22, 1973. Go Pro-Life.”

Because here’s the truth: Planned Parenthood’s wish for every child to be a wanted child has already come true.