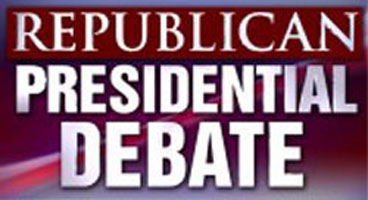 The Republican Party says it will not work with the networks and CNN to host 2016 presidential primary debates with its candidates if the television channels air a documentary movie promoting Hillary Clinton. The pro-abortion former Secretary of State is considered a top candidate for the Democratic nomination.

The Republican National Committee said today the channels need to drop their plans to air the program or face consequences. In a letter RNC Chairman Reince

Priebus said he would seek a vote from GOP leaders on August 14 if CNN and NBC don’t back out of showing the movie.

The party said NBC is planning a miniseries devoted to Clinton and has tapped Diane Lane to star as the former first lady. CNN has its own documentary in the works on Clinton.

“It’s appalling to know executives at major networks like NBC and CNN who have donated to Democrats and Hillary Clinton have taken it upon themselves to be Hillary Clinton’s campaign operatives,” Priebus said. “Their actions to promote Secretary Clinton are disturbing and disappointing. I hope Americans will question the credibility of these networks and that NBC and CNN will reconsider their partisan actions and cancel these political ads masked as unbiased entertainment.”

Piebus continued: “If they have not agreed to pull this programming prior to the start of the RNC’s Summer Meeting on August 14, I will seek a binding vote stating that the RNC will neither partner with these networks in 2016 primary debates nor sanction primary debates they sponsor.