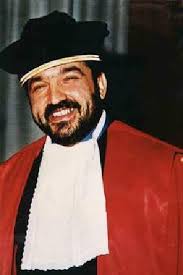 The Dignitas suicide clinic in Basel Switzerland caused the death of Pietro D’Amico, a 62-year-old magistrate from Calabria in southern Italy, in April, 2013 after D’Amico received a wrong diagnosis.

Assisting suicide and euthanasia must be prohibited because the decision of one person to end the life of another person is irrevocable. People who are not terminal or living with depression, cannot be treated for their condition once they are dead.

Dignitas is a suicide clinic that is operated by Ludwig Minella, a retired lawyer. Dignitas is known for encouraging the suicide deaths of foreign “suicide tourists” for a fee.

An article that was published in Switzerland’s English news service, The Local, stated:

An autopsy carried out by the University of Basel’s Institute of Forensic Medicine found that D’Amico was not suffering from a life-threatening illness at the time of his death.

Roccisano has called on the Italian and Swiss authorities to examine D’Amico’s medical records to determine what went wrong.