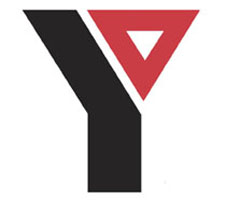 Students for Life of America brought in dozens of pro-life college students to join the Texas debate over late-term abortions that is drawing national attention. But when they went to the local YMCA, the youth agency kicked them to the curb.

SFLA had worked out an arrangement with the associate branch director of the Town Lake Branch of the Austin YMCA to use their showers for the week of the ‘Students #Stand4Life Bus Tour.’ Previously, YMCA management had indicated everything was working out great, but certain orange-shirted members of the club said that it was “too political” to have pro-lifers in the showers — and pressured management to give the students the boot.

“We had absolutely no problems on Monday night when we used their facilities.The YMCA management was respectful, but some angry pro-abortion activists were being very aggressive with YMCA staff members and the staff said they felt threatened,” said Brendan O’Morchoe, Director of Field Operations with SFLA. “Unfortunately, the anger and rage from the pro-abortion protestors has created a toxic environment even outside the Capitol Building. It’s really a shame that the YMCA was bullied by these people, it just goes to show how pro–aborts operate every day.

He told LifeNews: “The YMCA has a long history of helping young people and always had an open door policy to everyone, yet we were turned away because of our pro-life beliefs. The YMCA rescinded their offer to help because of the complaints of a few people on one side of the abortion issue and we were discriminated against based on our political position.”

UPDATE: The YMCA has released a statement claiming members of Students for Life were “disruptive,” though the statement provides no evidence or examples to corroborate the claim.

From a Town Hall report:

A group of pro-life students from around the nation was banned from an Austin, Tex. YMCA after pro-choice activists complained about an agreement allowing the students to use the YMCA’s shower facilities.

Students for Life of America had made arrangements with the Town Lake Branch of the Austin YMCA to use their shower facilities during a week-long pro-life protest at the Texas state capitol, spokesperson Alexa Coombs said.

About 56 members of the group are staying in local churches without showers. The Washington, D.C.-based pro-life organization had received permission to use the YMCA’s facilities between 9 p.m. and 10 p.m. each night.

“We had an agreement and that was the arrangement for the whole week,” Coombs told Fox News.

The YMCA did not return multiple calls and emails. A staff member at the Town Lake Branch told Fox News they were aware of the incident. The staffer said the YMCA strives to be politically neutral. He did not explain why the YMCA revoked their agreement with the pro-life organization.

On Monday, the group arrived at the YMCA at the appointed time wearing matching blue pro-life shirts. And that’s apparently what sparked the trouble, Coombs said.

“There were some pro-abortion people working out in the gym and they saw our blue shirts and complained,” Coombs said. “The staff told us they felt bullied and threatened by the pro-abortion customers.”

The next day, the group was told they would no longer be allowed to use the YMCA’s facilities.

The YMCA has a mixed record when it comes to abortion.

A Waco, Texas YMCA pleased pro-life advocates by kicking Planned Parenthood out of an event earlier this year.  But a Wisconsin YMCA several years ago refused to back out of an event with the abortion giant.