University of Pennsylvania professor Salamisha Tillet thinks Republicans support the ban on abortions after 20-weeks of pregnancy for racial reasons. The House of Representatives voted for the ban yesterday.

Never mind that planned Parenthood targets African-Americans with their clinics in minority areas or that a majority of black Americans are pro-life, Tillet thinks the ban on late-term abortions is racially-motivated.

Megyn Kelly, Kirsten Powers and Monica Crowley were all seemingly stunned by that remark, with Megyn asking, “How stupid is that statement!? There is nothing true or accurate about it.”

Powers pointed out that if someone were a white supremacist, they would support abortion because the CDC’s figures show “disproportionately” more African-American women having abortions, compared to white women.

“It’s like if you don’t want black babies aborted, you’re a racist and if you’re pro-life, you’re racist. Why can’t they just accept there are actually some people who think you shouldn’t be aborting a baby after 22 weeks?” Powers asked. She recalled a few years ago when a pro-life group was harshly criticized by the left for putting up a billboard in Times Square “basically saying abortion was wiping out black babies.” 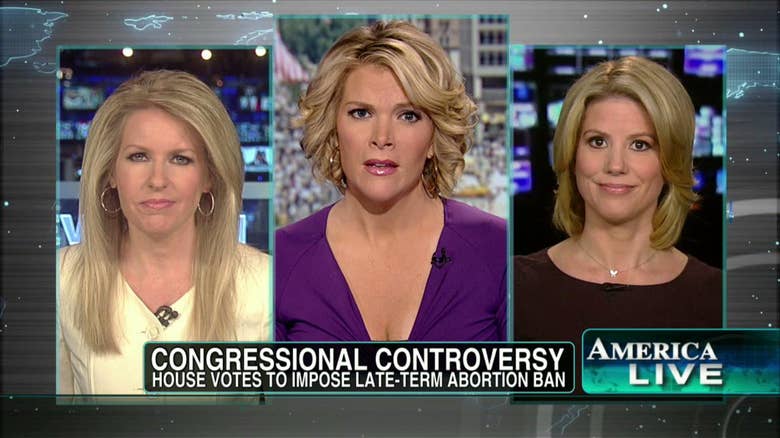 In Arkansas, 38% of the state’s 4,033 abortions are among black women. The black population in Arkansas is 16%. As is typical, nationwide, two of the state’s three abortion clinics are located in 56% and 80% black neighborhoods, while Planned Parenthood claims high black abortion rates are due to “lack of access.”

And 2012 research released by Protecting Black Life (an outreach of Life Issues Institute) reveals that 79% of Planned Parenthood’s surgical abortion facilities are located within walking distance of African American and/or Hispanic/Latino communities.