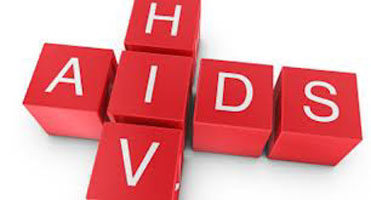 Despite decades of calling sex with a condom “safe sex,” or even worse, “safer sex,” there are still 50,000 new infections in the USA each year. And now, a federal panel is calling for HIV testing to be offered to all adolescents and adults to the age of 65.

The recommendation from the U.S. Preventive Services Task Force seeks to address one of the key challenges in the fight against HIV/AIDS: The window during which patients respond best to treatment is also the time when symptoms of the disease are least noticeable. “HIV is a critical public health problem, and there are still 50,000 new infections per year,” said Dr. Doug Owens, a task force member and professor of medicine at Stanford University. “There’s very good evidence that treatment is effective when given earlier, at a time when people are often asymptomatic. So the only way they would know that they had HIV, or that they needed treatment, is to be screened.”

Based on a review of more recent data–including evidence that as many as 25% of people who carry HIV in the U.S. have no idea they are infected–task force members concluded that early detection would “result in substantial public health benefits” that outweighed any risks of widespread screening.

Based on what was reported, it would appear that the Task Force did not issue a clarion call for restricting one’s sexual behavior. That’s par for the course. I saw a story recently of a vaccine trial with some 2,000 volunteers that was stopped because more people got HIV with the vaccine than without it. That certainly implied that at least some of the subjects were willing to risk infection by engaging in risky behaviors.

This is truth: The only actual “safe sex” is that between mutually monogamous, uninfected partners. Anything else is risk. Sex with condoms is properly called “less safe,” since it provides some but not absolute protection. And sex with no protection at all is ”unsafe.” That isn’t moralism. It is basic health science.