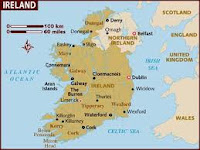 The assisted suicide case was based on Marie Fleming, a woman with MS who stated that the prohibition on assisted suicide in Ireland denied her equality under the law. Fleming’s husband is a leader of the euthanasia lobby group Exit International.

The Fleming decision is very important to Canada because the Fleming case was based on the Carter case in British Columbia.

The Irish Times reported that:

The right to life under the Constitution “does not import a right to die” in this “very tragic case” , the Supreme Court ruled.

While suicide is no longer a crime here, that does not mean there is a constitutional right to suicide, the Chief Justice, Mrs Justice Susan Denham, said. There is “no explicit right to commit suicide, or to determine the time of one’s own death”, in the Constitution.

There was, accordingly, no constitutional right which the State, including the courts, must protect and vindicate, either to commit suicide or to arrange for the termination of one’s own life at a time of one’s choosing.

The principle of equal treatment also does not confer on Ms Fleming, as a disabled person, the right to be assisted in taking her own life, the court ruled.

The Guardian reported that:

The chief justice, Susan Denham, said: “The court will dismiss the appeal of the appellant in this very tragic case.”

The court rejected Fleming’s argument that the right to die would be limited to a small group of people.

“It has not generally been the jurisprudence of the Irish constitution that rights can be identified for a limited group of persons in particular circumstances, no matter how tragic and heartrending they may be,” the judges concluded.

The court also found no constitutional right to die by suicide or to arrange for the determination of life at a chosen time.

According to the Times:

Ms Fleming, living in Co Wicklow, had claimed the absolute ban on assisted suicide in Section 2.2 of the Criminal Law Suicide Act 1993, in her particular circumstances as a severely disabled person unable to take her own life unaided, disproportionately infringes her personal autonomy rights under the Constitution and European Convention on Human Rights.

It is expected that Fleming will appeal the decision to the European court.

The Euthanasia Prevention Coalition points out that the Irish Court considered similar evidence to that of the Carter case and made the opposite decision. We hope that the BC Court of Appeal and the Supreme Court of Canada will also decide that Canada’s assisted suicide law is not unconstitutional.
LifeNews.com Note: Alex Schadenberg is the executive director of the Euthanasia Prevention Coalition and you can read his blog here.