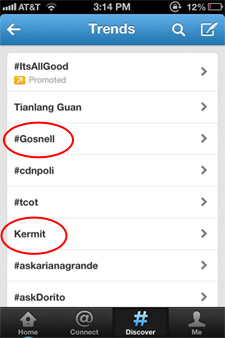 As week five of the Gosnell trial is set to begin on Monday morning, the weekend saw a flood of news articles and blog stories concerning the gruesome murder trial after it was essentially ignored by the mainstream media for four weeks. The coverage was prompted by a “Tweet-Up” that trended in the number one spot on Twitter most of the day on Friday.

“The tweet-up was a huge success and did what it was intended to do, and that was to show the mainstream media that there is a huge interest in seeing coverage of the Gosnell murder trial. We hoped that the tweet-up would pressure the media to cover the story,” said Troy Newman, President of Operation Rescue, who sponsored the event along with Bryan Kemper of Stand True and Andy Moore, creator of AbortionWiki.org.

About 10,000 people on Facebook signed up to participate, but the event took off, dominating the trending chart, which is no easy task.

“I couldn’t hit the ‘new tweets’ button fast enough. At one point there were about 100 tweets coming as fast as I could push the refresh button,” said Newman.

The tweet up helped bypass the mainstream media and educate vast numbers of twitter users that otherwise would never have heard of Gosnell, and in doing so prompted several media outlets to begin publishing stories, many for the first time. Anderson Cooper of CNN broadcasted a noteworthy segment on the Gosnell story that was remarkably fair considering the Cooper’s leftist leanings.

So successful was Friday’s Twitter event that another is planned for Wednesday, April 17. We are asking for everyone to tweet under #Gosnell. Several news outlets, including Fox News referred to testimony given Thursday by 22-year old Ashley Baldwin, who was a 15-year old high school student who worked 50 hours a week – sometimes into the early morning hours on school nights — for Gosnell helping with the grisly late-term abortions for which he faces seven counts of first degree murder. Ashley Baldwin testified that she saw babies born alive moving, and in one case “screeching” as Gosnell applied surgical scissors to the back of the neck then severed the newborns’ spinal cords.

Baldwin, who said she received very little training, was also present when Karnamaya Mongar died from a drug overdose during a second trimester abortion. Gosnell faces one count of third degree murder for her death. Baldwin testified that when Mongar turned gray and stopped breathing that Gosnell began giving her chest compressions and told Baldwin to get the defibrillator.

“I got a small shock when I plugged it in,” she told the court. “It didn’t work.” 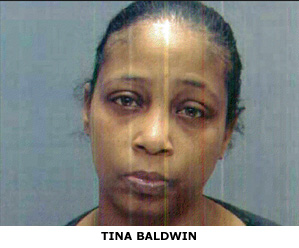 Ashley Baldwin’s mother, Tina Baldwin also worked for Gosnell as a receptionist. Tina pled guilty in a plea agreement to the charges of racketeering, conspiracy, and corrupting a minor for allowing her daughter to work at Gosnell’s “House of Horrors.” Tina also testified on Thursday of her job answering phones.

For the past four weeks, jurors have sat through extremely graphic and troubling testimony about Gosnell’s squalid clinic and horrific abortion practices conducted by a staff of undereducated, unqualified workers, some of which masqueraded as licensed physicians. They told the court in graphic detail of how women who had been drugged into stupors delivered babies born alive and struggling for life, only to be murdered by what one worker described as a “virtual beheading.” They explained to the jury how Gosnell would assuage their concerns about his murderous neck-snipping technique by telling them “that’s how it was supposed to go” then joked about the older babies being big enough to walk him to the bus stop or made goulish references to chickens with their heads cut off.

The prosecution is expected to wrap up its case soon then Gosnell’s attorney, Jack McMahon, will present what defense there is for such depraved acts. McMahon has already told the jury that his case will show that Gosnell operated an acceptably a clean facility that boasted of repeat customers even though he stated in opening arguments, “If you want Mayo Clinic standards, then you go to the Mayo Clinic,” as if poor urban women of color do not deserve clean beds and sterile surgical equipment. But Gosnell’s primary defense appears to be the argument McMahon has been making since the trial began, that all the babies were already dead when delivered and the severing of the spinal cords was simply to “ensure fetal demise.”

Operation Rescue will be attending the trial each day this week and will post daily reports. There are also plans to Tweet throughout the day during breaks in the trial. The public is invited to “like” us on Facebook and follow @OperationRescue on Twitter. We will be tweeting under #Gosnell. Daily e-mail updates are also available by signing up at OperationRescue.org.