A former employee of Kermit Gosnell who has a history of anxiety and depression broke down on the stand yesterday and tearfully recanted her guilty plea as she was testifying against her former boss.

West had told prosecutor Joanne Pescatore that she had administered some of the sedative that later killed Karnamaya Mongar, an immigrant who came to Gosnell for an abortion in her 19th week of pregnancy. Under questioning by defense attorney Jack McMahon, West told the court that she didn’t think she was guilty and that she took the plea bargain out of confusion. She later confirmed that she did so willingly with the hope of receiving a lesser sentence. 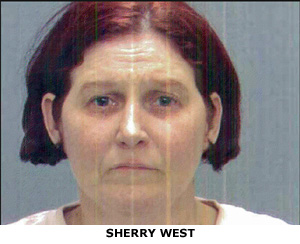 West told of her loyalty to Gosnell, who was her doctor for 20 years. After she lost her job as s surgical technician, she developed hepatitis C and developed mental health issues. She said she tried to get disability but had not had a paycheck in two years when Gosnell gave her a job at his clinic.

When told the court she hated working at the Women’s Medical Society and especially hated working in the abortion rooms, but did so out of desperation for money.

West called the babies she helped to abort “specimens” because it was “easier to deal with mentally.”

She recounted a particularly horrific experience when one baby, who she described as 18-24 inches long, was born alive. Other workers called her into the room for help.

“There was this clear glass pan, and I saw it, and I thought, ‘What do you expect me to do?’” West told the court.

“It wasn’t fully developed,” she said, according to the Philadelphia Inquirer. “It didn’t have eyes or a mouth but it was like screeching, making this noise. It was weird. It sounded like a little alien…It really freaked me out, and I said call Dr. Gosnell, and I went back out front.”

“This testimony is troubling, on several points. Of course it is horrific to think of a baby that a baby was born alive and left to die on a shelf, but her cold and callous way of dealing with the babies through denial and dehumanization is tragic, but not uncommon throughout the abortion industry,” said Troy Newman, President of Operation Rescue. “Also the details of West’s description of the crying baby just don’t add up. I have five children and can attest that an 18 to 24-inch long baby is full term. There’s is no way the baby wasn’t fully developed. The fact the baby was screaming so loudly indicates fully developed lungs.”

West was present the night that Karamaya Mongar died. She said that after her death, Gosnell held a staff meeting to ease any concerns, but never changed his protocols for administering drugs.

Prosecutors said that Mongar was overdosed on Demerol by unlicensed, unqualified workers. The Grand Jury report that led to eight murder charges against Gosnell indicated that he posted a chart on the wall in his clinic that noted standard dosages to be administered outside his presence no matter the size of the woman or her medical history. Some of the drugs were administered by a 15-year old high school student.

The prosecution’s case is expected to run for about two more weeks, with testimony expected from at least four more former clinic workers. Operation Rescue plans to return to the courtroom next week and will again provide first hand reports from Philadelphia.