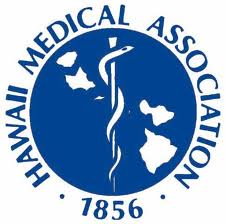 The following article was written by Christopher Flanders and published on December 5, 2012 in the Honolulu Civil Beat under the title: Hawaii Medical Association Opposes Physician-Assisted Suicide.

On October 5, Civil Beat ran a piece favorable to euthanasia activism by Chad Blair entitled “ New Aid-in-Dying Service Gets Inquiries.” At the end of the article, Civil Beat asks readers to respond to the question, “Is the aid-in-dying movement a humane approach to a difficult subject, or is it a violation of ethical standards?” I wish to respond on behalf of the Hawaii Medical Association.

Serving Hawaii since 1856, the Hawaii Medical Association (HMA) is a voluntary, professional membership organization for physicians, resident physicians, and medical students in the state of Hawaii. HMA is dedicated to serving physicians, their patients, and the community through representation, advocacy, and public service. HMA is part of the American Medical Association (AMA) and is the parent organization for Hawaii’s five component medical societies that operate independently, but in a network with the HMA in all four counties in the State of Hawaii.

In the last several decades, medical technology has made tremendous advances in saving and extending lives. As a result, life expectancy has increased dramatically.
The Hawaii Medical Association, along with the American Medical Association, oppose any bill to legalize physician-assisted suicide or death. We believe physician-assisted suicide to be unethical and fundamentally inconsistent with the pledge all physicians take to devote themselves to healing and life.
The issue of physician-assisted suicide is a highly charged and emotional issue. Often times, there is confusion as to the distinction between withholding or withdrawing treatment and assisted suicide. There is a critical difference, both ethically and in practice, between a patient’s right to refuse unwanted medical treatment and active medical intervention which brings about death.
The AMA Board of Trustees Report (#48) issued in 1996 articulates well the HMA’s views on this issue. It states:

Physicians, by nature of their calling, have compassion for those who suffer pain and indignity at the end of life. Instead of assisting those patients in committing suicide, this compassion and respect for patient dignity instills a demand on the profession to focus on the quality of care at the end of life….the cost to society of physician-assisted suicide is simply too high. The physician’s primary obligation is to advocate for the individual patient. At the end of life, this means that the physician must strive to understand and assist patients with various and unique existential, psychological and physiological factors that play out over the course of end-of-life care. Permitting physician involvement in assisted suicide would impose a significant and irreversible course change in the patient/physician relationship.

HMA continues to hold to these timeless principles today.
There are preferable alternatives to end-of-life care rather than helping patients to kill themselves. We believe that the emerging specialties of geriatric and palliative medicine are leading physicians toward a role that improves care for their patients. This research, education and training of physicians and caregivers about palliative care are making great strides in Hawaii. The focus of public-policy decisions should be on increasing access to compassionate and palliative care.
The words of ethicist Hans Jonas summarize well the consequences of embarking upon the dangerous path of legalized physician-assisted suicide: “The role of taker of life must never be assigned to a physician; in any case, the law must never permit him to perform it, for this would jeopardize and perhaps destroy the physician’s role in society. A patient must never have to suspect that his physician might become his executioner. (Hastings Center Report, Vol 25, No 7 – Special Issue 1995).

About the author: Christopher Flanders is the executive director of the Hawaii Medical Association. He is a neuropathologist, trained at the University of Texas Health Science Center at San Antonio.