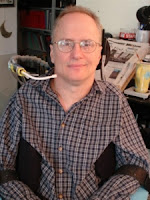 This article was originally published in the Sentinel and Enterprise on October 19, 2012.

By John B. Kelly, the director of the disability rights group Second Thoughts

Progressive social-justice advocates from the disability-rights community ask voters to look deeper into Question 2 and the real threats it poses. Because Question 2 would establish a social policy under which certain deaths would be seen as beneficial, we must closely examine the social ramifications of passage.

Voters should be aware that people already have the well-established right to refuse any treatment, and to receive effective comfort care. But proponents of Question 2 want Massachusetts to pass an Oregon-style assisted-suicide law, complete with flaws and loopholes.

Question 2 advocates say that it is all about “choice,” but in reality Question 2 will limit choice, because it incentivizes insurers to restrict, or even deny, coverage. In today’s cost-cutting environment, where health-care options are limited, many people already struggle with this. Question 2 would make this even worse.

We know about Oregon residents like Barbara Wagner and Randy Stroup, who were denied chemotherapy by the state’s Medicaid program but offered assisted suicide as “treatment.” With all the talk of austerity and high medical costs incurred in the last year of life, it is inevitable that the cheap alternative of assisted suicide ($100) will distort future treatment decisions.

No alleged safeguard can protect patients from deciding to die based on a wrong prognosis or diagnosis. Doctors admit that they cannot predict when someone will die. Many of us know people who have outlived their diagnoses by years.

Jeanette Hall detailed her Oregon experience in a letter published in the Boston Globe. She had supported the Oregon law. After receiving a terminal diagnosis, she sought a suicide prescription. That was more than 11 years ago! Today she is “so happy to be alive” and urges Massachusetts not to make the same mistake as Oregon.

Under the law proposed in Question 2, an heir can be one of the witnesses at the request for assisted suicide; and no doctor is required to be present when the overdose is taken. This is a prescription for elder abuse.

Question 2 has no requirement for psychological screening to eliminate the possibility that a patient is acting out of depression or dementia. Oregon’s statistics for the last four years show that only 2 percent of patients were referred for a psychological evaluation or counseling. Experts agree that most doctors are not capable of identifying such psychological problems. Oregonian Michael Freeland, despite a 43-year history of severe depression, suicide attempts and paranoia, was able to get a lethal prescription without a psychiatric consultation. The prescribing doctor said he didn’t think a consult was “necessary.”

We urge Massachusetts voters to consider all the flaws in Question 2. There will be abuses. Seniors and people with disabilities will be endangered. We urge you, have “second thoughts,” vote NO on Question 2.

John B. Kelly is director of Second Thoughts, www.Second-Thoughts.org.