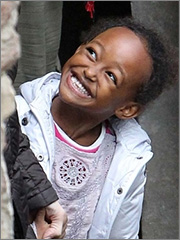 Abortion proponents and their friends in the mainstream media are going ballistic over a comment yesterday by Richard Mourdock, a Republican running for senate in Indiana. In explaining his pro-life position during a candidate’s debate, Mourdock said, “Life is a gift from God and I think even when life begins in that horrible situation of rape, that it is something that God intended to happen.”

Immediately after the debate, Mourdock’s Democrat opponent, Joe Donnelly, tried to construe Mourdock’s remark as some kind of endorsement of rape, as if Mourdock meant that the violent act—rather than the child’s life—was intended by God.

That spin—which Mourdock rightly called “sick and twisted”—has been seized upon by Planned Parenthood and the Democratic party to attack Mourdock and, by extension, all pro-life candidates as extremists.

Who are the real extremists?

Far from being labeled an extremist, Mourdock is to be commended for upholding the humanity of children conceived in rape. God’s words to the prophet Jeremiah belong to these children, too, as they do to all of us: “Before I formed you in the womb, I knew you.” Of course God knows and loves these children, innocently conceived in violence.

To suggest that in recognizing the humanity of these children, Mourdock is somehow condoning rape is not only offensive to decency and common sense, it betrays the pro-choice movement’s growing desperation, as more and more Americans begin to recognize the humanity of unborn children and the injustice of killing them, whatever the circumstances of their conception.

Are those criticizing Mourdock trying to suggest that babies conceived in rape are not loved by God? That he does not intend for them to receive His gift of life? Are they ready to point their fingers at Angelina Jolie’s adopted daughter Zahara, who was conceived in rape, and tell her, “God didn’t intend for you to have life”?

Of course not. They know what Mourdock really meant—that a child like Zahara was intended by God to be conceived, born and welcomed in life by a society that recognizes the value of every human life.

That Planned Parenthood and their allies in the media and the Democratic Party are willing to twist Mourdock’s words so shamelessly for political gain shows that it’s they, not Mourdock, not the pro-life movement, who are the real extremists.