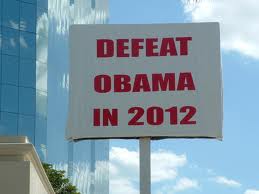 Planned Parenthood. NARAL Pro-Choice America. EMILY’s List. They’re among the most shameless advocates for the killing of unborn babies in the womb. Previous articles in this series have discussed their zealotry to keep abortion legal and strike down any protections that exist for the unborn.

Another group aggressively defending the killing of the unborn is the Center for Reproductive Rights. The Center’s focus is the courts, where it champions the unlimited right of an abortionist to kill an unborn child.

Even unborn babies who are capable of feeling excruciating pain are targets for the Center, which recently sued to overturn Arizona’s law that prohibits the abortion of babies who are developed enough to feel pain.

And now they’ve launched what they call a “Bill of Reproductive Rights.” This cheap knock-off of our hallowed Bill of Rights is an affront to one of the great charters of human rights in all of history. Even worse, their phony Bill would guarantee a “right” to kill an unborn child.

Their manifesto has none of the tone of James Madison or the other great authors of our nation’s founding documents. Instead it literally screeches. But then it would have to, wouldn’t it? It’s a document to justify killing; to legitimate a nation’s slaughter of its young.

It considers the abortion of a child one of its “Fundamental Human Rights.” And it demands that religiously affiliated organizations be forced to cooperate with the Center’s (and Barack Obama’s) agenda in direct violation of their conscience rights.

The U.S. Bill of Rights still speaks to us today as a timeless statement of universal rights. But there are blatherings in the Center’s Bill of Reproductive Rights that will make no sense to anyone a generation or two from now. For example, they complain in their Bill that “laws attacking reproductive rights continue to pass in record-breaking numbers – well over 100 in the past two years alone.”

One day, historians will see these past two years, when indeed the right to life movement did pass dozens of state laws to save the lives of unborn babies and protect their mothers from predatory abortionists, as a time when human rights were greatly advanced. Far from giving people reason to complain, this era will be seen as a launching point to greater and greater protections for the innocent unborn.

While the Center’s legal status prevents it from endorsing for president, a look at its press releases this year shows its enthusiasm for Barack Obama, especially over the Administration’s mandate that religious institutions pay for health insurance plans that provide drugs and procedures that violate their religious convictions.

“The Center for Reproductive Rights stands in support of the Obama Administration’s new women’s preventive health regulations,” they wrote on February 9th, after the hammer came down on religious-affiliated organizations.

And when those organizations fought back for their conscience rights, the Center defended Obama: “This is an historic advancement in women’s health and we urge the Administration to continue to stand strong against the relentless challenges leveled against it,” the Center wrote on March 16th.

The views of this extreme group, which uses the courts to defend the killing of innocent little human beings, are well represented within the Obama Administration and by Obama himself. Another four years of an Obama White House, with the ability to appoint hundreds more judges and justices in the Center’s mold, would set back the cause of life for years to come and could make a pro-abortion Bill of Reproductive Rights our de-facto law!

But this nightmare can be prevented. Polls now show Mitt Romney and Paul Ryan with a very slight lead over pro-abortion Barack Obama and Joe Biden. The race is so close it cries out for every pro-life American to join in the fight, to join in the struggle to give the unborn that very first right expressed in the Declaration of Independence: The Right to Life.