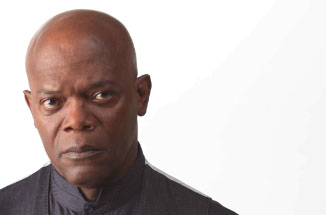 Samuel L. Jackson is getting razzed on Twitter by conservatives upset with his comments about the Republican convention, which officially started today. Hurricane Isaac is heading towards the Gulf Coast and narrowly missed Tampa Florida, site of the GOP event.

Jackson is not happy about that.

Today, he tweeted it was “unfair” that Tropical Storm Isaac had spared the GOP convention and is heading for New Orleans instead. Jackson, about 30 minutes later, apologized for the earlier tweet, noting it stirred up Republicans upset by what he said:  “Apologies to God, Tampa, da GOP& Isaac(sp)! Who played the Race card?!” ACTION: Tell Jackson what you think by going here.

Jackson’s comments come on the same day Ellen Barkin created a stir when she sent out a re-tweet of a message someone sent saying they hoped Hurricane Isaac would hit the Republican convention and “was every pro-life, anti-education, anti-woman, xenophobic, gay-bashing, racist SOB right into the ocean.”